Sarah Callaghan is one of the youngest comics on the circuit. Beautifully honest and infectiously upfront in style, she started performing in 2010 and quickly made her mark becoming a Funny Women finalist. Martin Walker does his best to elicit some answers out of her.

Tell us about your Edinburgh show – Don’t tell anyone about Sarah Callaghan?

“I’d love to but I can’t. Clue is in the name. It’s a secret show. I don’t want anyone to know about it. I know what you’re thinking – ‘yes you do, this is just a publicity stunt’. No innit, I don’t do publicity stunts. I do comedy. Well maybe I do comedy. We don’t know, it’s a secret show. It could be juggling or interpretive dance. I ain’t telling you what it is. I will tell you though that I was Up the Creek’s One to Watch Winner 2013 and one of Time Out’s One’s to Watch this year. I’ll give you that much.”

This is your fringe debut for your solo show. Are you looking forward to it? What do you expect?

“I see what you’re doing, I’ve told you, you ain’t getting nothing about me here. I’m sure you’ve got enough on all the other comics you’re interviewing. And I’m sorry but some of them aren’t really comedians. They’re just human beings. I’m sure they’ve told you every single emotion it’s possible to feel about Edinburgh – excited, apprehensive, nervous… Well here’s an emotion for you. Boredom. 99% of what people have said in these interviews is dull and pointless. Including this one. Crack on, next question…”

As well as a stand up you’re also an accomplished actor. Which comes first and why?

How do you feel about bbc3 being axed? Do you feel it’s right for the BBC to forbid all male panel shows?

“Jesus. Something, something, opinion. Bla bla bla bla controversy. Erm..Yes I will miss BBC3 like a dog misses its favourite bone. Oh look, there’s another bone. What I miss is good television. Where is the good television? America. There’s some good stuff online in this country and some great stuff live and then it gets shoved through so many talent vacuums it comes out the other end as dross. There are exceptions obviously but panel shows is one of the problems, all male, all female – it’s all the same. Let’s give the public the lowest common denominator because they’re basically happy with that and it pays our wages and makes a lot of average people feel like they’re famous. You’re not famous innit. You’re not an accomplished comedian because you’ve said 8 words on a panel show. Jog on.”

If you were curating a stand up show for television who would be your guests?

“Louis CK, Glenn Wool, Rosin Conaty, Brendon Burns and Tony Law. That would be a sick show! I’m a ‘good’ stand up comedian. If you wanna see ‘accomplished’ see one of these guys…or me next year. I will be accomplished next year. Next years show will be amazing. I will tell you all about that if you like. What do you mean times up? Who puts a time limit on interviews? What, I only get 3 minutes? You’re long man, you’re as bad as all the rest.” 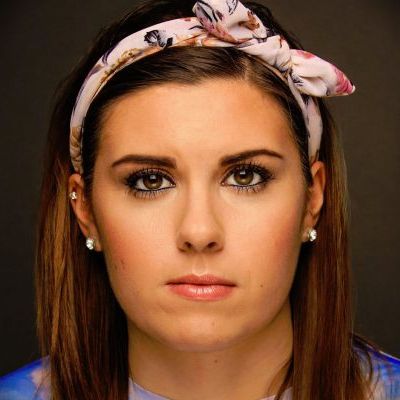