Tell me about your 2022 Edinburgh Festival Fringe show, What Broke David Lynch?

It’s my second play – my first one was called Jennifer’s Robot Arm back in 2016 – it was about a little girl who lost her arm when playing in her dad’s workshop. When a game of hide and seek went wrong, you see,  a saw blade got flicked on at the wrong moment.

That was more a wicked little fairytale this new show is about real life and telling the story of the filmmaker David Lynch trying to make a costume for The Elephant Man film as the deadline looms. As the pressure piles up he dreams up an imaginary girlfriend who like a cross between a Las Vegas show girl and the lady in the radiator.

Is this a departure from Mr Twonkey’s previous Edinburgh shows?

Yes it certainly is. A Twonkey show is just I, it’s not a play. Twonkey is a mix of a stand up comedy show and songs, it was more like a one man variety show really. This new show is a proper play based on things that actually happened. However it’s about David Lynch so it’s quite dreamlike and mad as a hatter in places too, so there is a common ground between Twonkey and the new show for sure.

Tell me about your co-star, Miranda Shrapnell.

She’s wonderful, a brilliant and very talented actress – she plays my imaginary girlfriend in the show – it’s a very playful and sassy role. Miranda was the female lead in my first play Jennifer’s Robot Arm, she played Jennifer. The show also features Robert Atler and Steven Vickers, my brother. They pick up the roles of a number of different characters key to the story they are also clever, funny and quick-witted people, it’s a super cast. Let’s take this to Broadway.

You’re a comedian, actor, writer, musician, and singer. But what’s your first love?

Writing songs, there are a few new songs in this show too, I still perform with the band Paul Vickers and The Leg, we are working on an album called Winter at Butterfly Lake.

It’s going to be amazing when it finally see’s the light of day, it’s by far one of the best things I’ve ever been part of. A heartbreaking and very beautiful set of songs, I’m very proud of it.

The Straight Story (1999) is such a moving and sweet film about a man called Alvin Straight. It’s about knowing you’ve not got much time left and putting your foot down – this time on a lawn mower – to journey across Iowa and Wisconsin to make amends with his brother before he dies. It makes me cry. It’s a perfect mix of oddness and truly touching moments. It’s a film that is often overlooked but it’s a true classic. 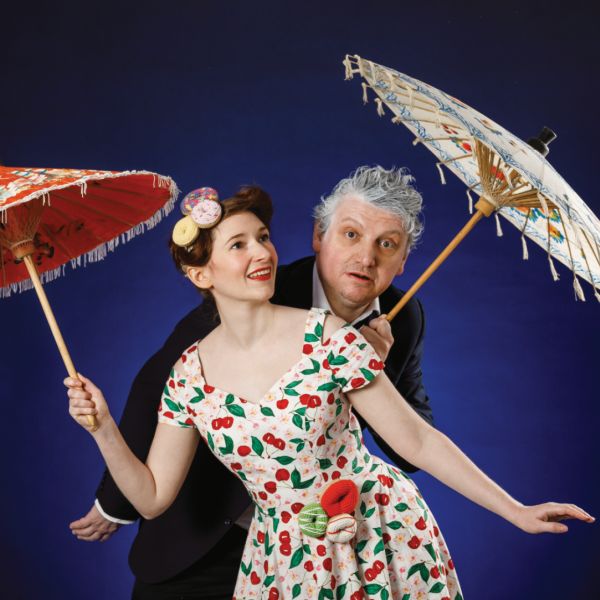