Mark Restuccia is a London based stand-up comedian, writer, and actor and as it turns out, a big fan of Drum and Bass. He’s currently touring his latest show, before bringing it to the Edinburgh Fringe.

“Ok then, I will – chill out mate. I have created a show for you that is an insight into the life of a stand-up comedian. I will show you what it’s like to be one, what we get up to when we’re not on stage and more importantly I’ll show you how I come up with my gold. It’s actually quite a useful show really.”

Is it really that hard to be a stand-up?

“Yes it blooming well is, you cheeky little sausage. I can’t actually believe I need to answer this, but I will anyway. In fact I just have. It is really hard. I suppose you want to know why now don’t you? Well how long have you got? Just come and see one of my preview shows and then you’ll see how hard it can be.”

You’ve performed at such far flung places as Tenerife, Slovakia, Hungary, Malta and Cyprus. Any stories you can share?

“Just wanna add Slovenia and Romania to that list as well, by the way. I don’t seem to do very well at the abroads. I did a gig for an Audi dealership in a Slovakian town called Doodi once and opened with the line ‘When you guys answer the phone in the office, do you say ‘Audi doodi?’ Nothing. On that particular trip though, I did learn from a Slovakian street trader that Rollex is spelled with two ‘L’s and not one. Who knew?”

How do you feel about the BBC axing BBC3?

“I don’t really care. BBC3 haven’t taken on any of my stuff, so I guess you could say karma’s finally come a knocking eh? Seriously though, it would be a shame not to have that double helping of Family Guy every night, but at least I wouldn’t have to hear the grating voice of that continuity lady ever again. Oh, I’d miss the idents as well actually.”

If you were curating a stand-up/music show for TV – who would be your guests? 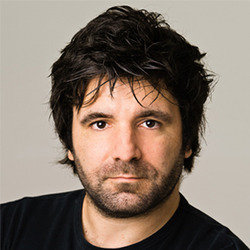