Igor Meerson is the Edinburgh Festival Fringe’s first ever Russian stand-up. He takes on the stereotypes about Russia and exposes those about Britain and the West. Igor tells about his childhood in the Soviet Union and life in modern Russia.

“It is funny! And unexpected for westerners I guess, as you will hear a Russian’s perspective on your life. Bearing in mind all the Russian stereotypes, it should be really interesting. For me personally this Fringe is a big step. To be in the Festival, to be perform in English – these are unbelievable achievements in my eyes, as it is. I will do my best to do my best!”

Tell us about your native Russia’s comedy scene.

“I’m part of the first wave of stand-up in Russia – it is still a new thing. The audience is mostly young, as are the performers. Sketches and character comedy are still very popular. The reason being, that throughout our history we have had long periods of collective life, economy and culture as well. Now however individual opinion has more and more opportunity to find an audience. Stand-up comedy is developing very fast now. We filmed the first TV stand-up show on the STS channel last year and English speaking performers took part as well.”

“I do observational comedy but I try to go deeper than pure observation. There are lots of things that aren’t in my show – songs, dancing and magic for example! But it should be funny, at least because of my accent!”

Tell us about your TV show, Central Microphone.

“Central Microphone is the name of the show we made last year. It was the first Russian TV stand-up show ever. We filmed the best Russian and ex-Soviet Union stand-up comedians: young talented performers and lots of English speaking comics from all over the world, including real stars such as Dylan Moran and David O’Doherthy. The English speaking performances were broadcast with subtitles, which is also new for Russian TV where everything is dubbed. This year, our company Stand-Up Original have made a new TV show – Leningrad Stand-Up Club. It is a big theatre stand-up show, in which five comedians are perform their shows and are also in a panel.”

“If you ask about my favourite comedians- they are Dylan Moran, Eddie Izzard, George Carlin. However when we talk about curating TV shows, we should keep in mind out audience’s tastes. Russian audiences would love to see Louis CK, Eddie Murphy, Jim Carry, Robin Williams and other top comics.” 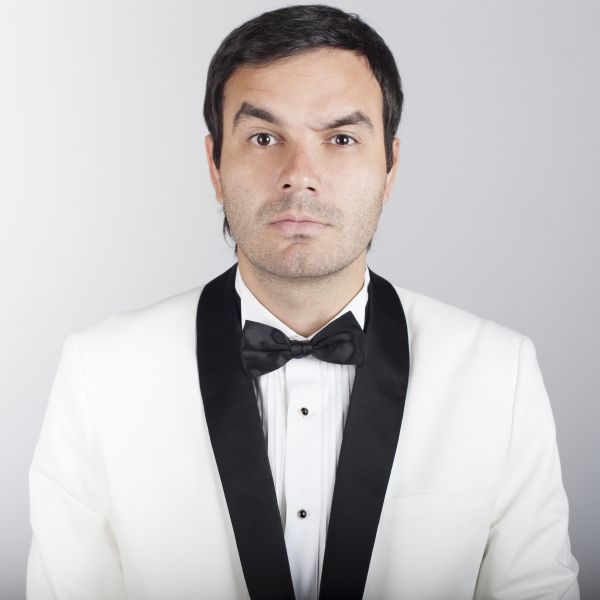