Comedy using short stories and ditties inspired by swan songs. Swan songs? The beautiful last hurrah before the end. There’s jumpers, voicemails and the odd chopped off testicle. It’s about laughing at things that can be scary – like death and jumpers. Obviously, jumpers are the more universal theme here.

Incredibly nervous. Constantly waved the mic away from my face. Just happy to get through it.

The worst, simply a description of the show. A waste of everyone’s time mate. The best…. I want to say the ones that pour flattery, and they are very nice but perhaps (I don’t think many comedians would agree with me) ones that give constructive criticism are the best. Whether you agree with it or not, it gives you the ability to see your show from another angle with is useful.

During this Edinburgh run, do you plan to read reviews of your show? I don’t want to. I will.

How do you feel about reviewers generally? Comedy is subjective, so a review can only be one person’s opinion – but a reviewer that’s objective, thoughtful and intelligent has their rightful place in the arts.

Oh god – where do you bloody start on this one! If the thought behind the joke was not anti-Semitic, the joke didn’t land for me. I ain’t down with making jokes where any part of it contains gassing Jews. Do I believe in freedom of speech? Yes. Do I think inciting hate is a crime? Yes. Do I think this video was inciting hate? If could be used as a devise to do so. Are there hundreds worse videos and comments out there that go unchallenged? Yes. Has the internet and social media become an experiment on our mental and social health that developed too quickly without rules and regulations and should be more accounted for? Yes. Has this Fringepig question driven me to an existential crisis? Yes. Will I recover in time to do my show? Doubt it. Has asking myself these questions become a way to procrastinate from working on said show? Yes. Should I stop? Yes. Will I stop? No. Just one more? Ok. Done? Yes.

No, but you have to know how to handle it – it’s a fine line between a laugh and a frown. Comedy is important for so many reasons but get it wrong and you’re cruising for a £800 fine or a room full of stony faced audience – which is worse, I’m not sure.

Yes. Missed the stage but about 3 meters.

Either performing to 300 people at the Underbelly and killing it or performing to 3 people and covering an elderly man in lipstick. Mass appreciation or a personal connection, both mean the world to be. For goodness sake, I’m doing comedy – I want to be appreciated on all levels thank you very much! 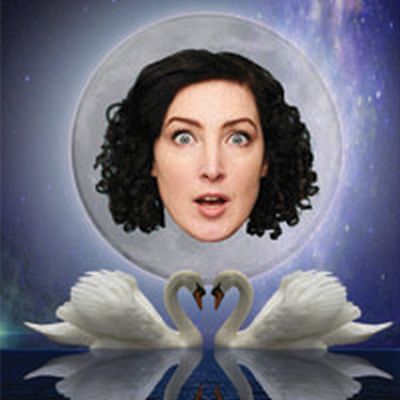