Tell me about your 2022 Edinburgh Festival Fringe show, Shamilton! An Improvised Musical

Did you see Hamilton and think…”This show is great, but would have been so much better if Lin-Manuel had written it about Paul Hollywood instead?”

Well so did we.

Shamilton is our (BRILLIANTLY) named homage/parody of Hamilton.

We ask the audience for a celebrity or historical figure and we create an improvised hip-hop musical around that figure.

Some of our favorite suggestions have been Kim Kardashian, Boris Johnson and basketball playing superdog Air Bud.

Your company are also well known for you brilliant Game of Thrones improvised musical spoofs. Who thought, “well that TV show is finished now, let’s parody Hamilton instead”?

Whoever it was, they were GENIUS. Actually, the theatre in the States where our group musical improv ensemble Baby Wants Candy performs asked us to create a spin-off show. BWC was selling well and they wanted something comedic that still involved improvised music. So we thought “Well, we like Hamilton a lot. Could we do an improvised version where the audience gives a suggestion of who gets the Hamilton treatment?”

The answer? No. Obviously.

I KID I KID. It ended up being a really fun, challenging and exciting show, in a different way than BWC.

Tell me about Baby Wants Candy

We ask the audience for the title of a musical that doesn’t exist. Audiences. Twisted little s.o.b.’s that they are, shout out titles like Kanye West Side Story, The 40-Year Old Virgin Mary, or Hotuncles.com.  We make up a musical on the spot based on the title. Accompanied by a full band.

Years ago, when we first started coming to Fringe, the Festival was going to be our swan song. We all had other stuff going on in the States. Bringing a show to the Fringe from overseas is so expensive. We thought blowing it out, and blowing all our savings at the Fringe would be a great way to end the group. We’d be poor, full of flaky pastry pies, but happy. Luckily, the show ended up selling way beyond expectations, and when we returned to the States, we thought “We love this group. Let’s keep going.”

So, give us the gossip. Who is the main joker in the cast? Who is always late? Who snores?

Everyone snores. We’re American, so we’re in intensely bad shape. But when we exhale, we whisper “Freedom…” in our sleep.

What rhymes with Partygate?

God I’m glad you didn’t ask me this question. 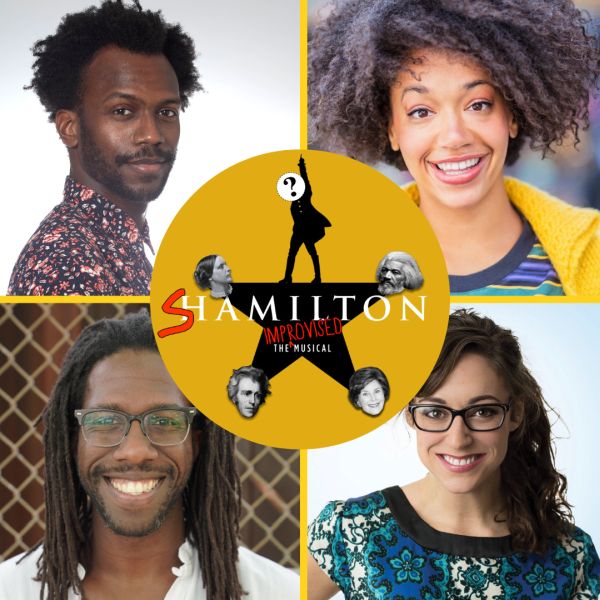