Tell me about your 2022 Edinburgh Festival Fringe show, OK Zoomer.

It’s about university, being a child stand-up, and what we can learn from Gen Z. There are fun little music cues and slideshows and it’s quite internet-ty and upbeat. It’s my first show and I’m very proud of it. If you like my YouTube videos you’ll like the show. It’s every day, 6pm in the Wee Room at the Gilded Balloon.

You performed your first stand up gig at the age of 6. Tell me about that.

It was either 6 or 7, I’m not sure. It was 2006. I went up on stage in bunny ears because I loved Steve Martin. My opening line was “I am bunny king”. I did lots of mime. I would have died at a 2006 Jongleurs but it would have made for a great Fringe show. Would have had a review like “surreal flights of fancy” or “off-beat writing”. I wasn’t self-aware enough to be nervous. I knew people would cut me some slack because I was cute. I did one or two gigs every few years after that and then stopped when I was about 14. Picked it back up at 18. There’s one joke from my first ever show that I still tell when I do kids’ gigs. I tell it in my Edinburgh show. Come see it. It’s about toilets.

Fast forward 13 years and you’re winning So You Think You’re Funny – at just 19 years old. What do you recall about being part of the competition? Are you competitive? Where you nervous?

Yes, I was nervous. It was the biggest show I’d ever done. Winning was really embarrassing. I’d watched all the acts backstage and was convinced that another comedian was going to win. I told her “That was insane. There’s no way you won’t win this.” When they read out 2nd and 3rd I said “They’re about to say your name.” I was mortified when they said mine. After I’d got over the embarrassment I was chuffed. I remember thinking “I hope all my exes find out about this.” I remember wanting to get to the final because it meant I’d get to stop doing open mics. (I still do open mics.) I’m not competitive at all though. It’s the reason I didn’t like sports as a child. I especially hate stand-up competitions, for the obvious reasons. Comedy is subjective blah blah.

Tell me about your stuff on TikTok.

I started making TikToks in lockdown, mostly to amuse myself. I was addicted to the app. I’d got a positive response on some of my stand-up clips, then ran out of those so started to make sketches. The first video I made that went viral was a sketch, joking that the guy who opened the first chemist’s was a paedophile because the shop sells drugs, lollipops, disposable cameras and really tiny vibrators.

I hit my stride a little with the sketches, especially the parodies. To date, my favourite thing I’ve made is my “When they go to a foreign country in a Hollywood film” series, which is a 10 minute film overloaded with every Orientialist trope from action films. Yesterday someone told me their professor played it in a lecture. Big day.

You think I wanna do Q&As all day?  I’m on holiday in Croatia right now. Thanks for letting me clock off early. 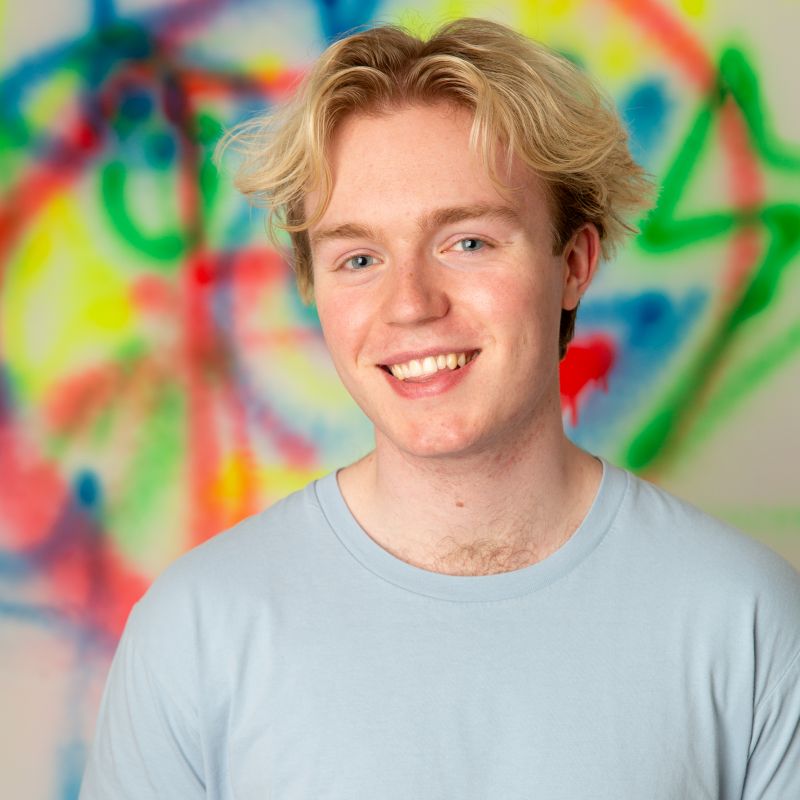