Adam Cullen has a great CV. He was the winner of the 2011 Paddy Laughs Championship and the 2014 Bulmers Forbidden Fruit Comedy Talent Search and a finalist in several other competitions. His standup was featured several times on Irish TV. At this year’s Edinburgh Festival Fringe he appears with his friend, Christiane O’Mahony.

“Christine and I are two classically-trained musicians who found our way to stand up. Christiane is a harpist and singer who will change the way you think about the instrument – the harp, not her – and I’m a singer and classical guitarist who used to be good but is now just surreal – with the harp.

“The title Badgers and Braveheart refers to and possibly ruins, punchlines within our respective sets and embraces the way careful alliteration can really give a show the impression of a coherent theme. Christiane is a regular performer at some of the biggest comedy festivals in Ireland and played support to Des Bishop on his recent tour. I won two national competitions in stand up and our show this year is a compilation of the best material we’ve come up with over the past four years.”

“I’d heard that Laughing Horse secure great comedy venues and offer good support to their acts. They have been an absolute pleasure to deal with in our preparations for this year’s fringe and we’re very much looking forward to getting to perform with them.”

“I had been writing comedy for a while but couldn’t shake the feeling that I wasn’t a real comedy writer unless I had the courage to perform my material to a live audience. I did a weekend course with Aidan Killian in the Gaiety School of Acting and have been performing ever since.”

What are you best and worst experiences?

”I don’t have any good stories of guys trying to punch me or me trying to punch anyone. If it helps the interview at all I once got hit in the face with a golf club. It had nothing to do with comedy or the interview, but I really feel like I need to say something interesting. I was a kid and it was an accident but it broke my nose. I told a strange man about this recently and he said it was the most bourgeoisie accident he had ever heard of.” 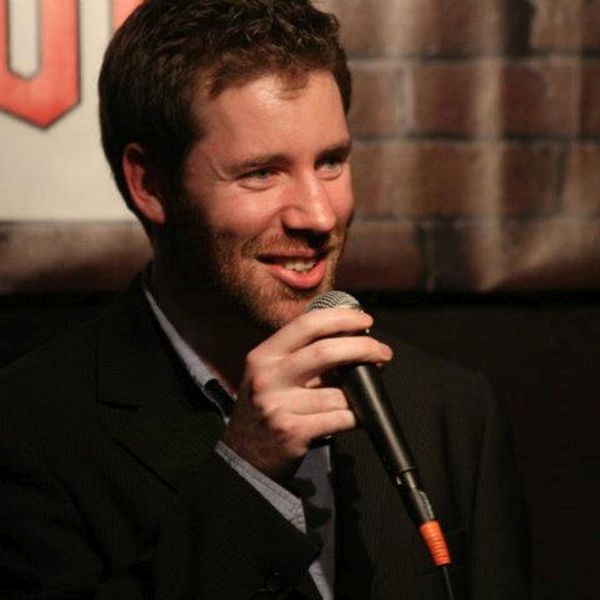