In 2006 Jen Brister took her first one woman stand-up show, Me My Mum and I up to the bright lights of the Edinburgh Fringe. It went quite well and she’s been back there almost every year since. She performs live regularly across the world, she has worked with the likes of Russell Brand. She talks to Martin Walker from Melbourne, Australia.

“My new show is called Wishful Thinking and is basically about my own political apathy. I think a lot of people, including myself feel frustrated with politics right now. We have a government that doesn’t represent our values, that actively makes decisions we disagree with and we feel helpless as to how we can make changes. This show addresses those feelings of frustration without offering any kind of solution. You’re welcome.”

The late Spike Milligan once exclaimed that Jen had ‘a great pair of Bristols’.

“Yes, it was at the BBC New Act Semi-finals at the Komedia, Brighton in 2000. I got down to the final two but unfortunately I didn’t get through. On the plus side the producer told me that Spike had voted for me. He was in fact the only judge who did. Apparently he’d also remarked that I had ‘a great pair of Bristols’ so clearly he had great taste in comedy and er…. tits.”

On the subject of sexism, I wonder if Jen agrees with the BBC ban on all male panel shows. But first, and are they right to axe BBC3?

“It’s going to be tough for a lot of up and coming comedians and comedy writers if BBC 3 is axed. I can’t imagine BBC 1 & 2 taking a punt on new writing and new performers in the same way. As for banning male panel shows, I think it’s only a problem if we think women aren’t up to the job, which they are so I don’t see what the issue is.”

As she’s currently performing in Melbourne I ask how she likes the city – and if she’ll be returning to Edinburgh this August.

“Melbourne is a fantastic city to perform in, the audiences do this wild thing where they listen and laugh, which I for one am a massive fan of. Also the food over here is some of the best I’ve ever eaten and as for the coffee… I’m in heaven. I’m basically fat and wired right now.

“Yes I will be going back to Edinburgh this year and I can’t wait and by that I do mean I’m dreading it. Ha ha! Just kidding! It’s an incredible Festival to be a part of… No but seriously I’m feeling a bit anxious right now.”

“I would have to have Louis CK, because I am slightly obsessed with his stand-up as well as his show, ‘Louie’, which I consume like its comfort food. It may be a cliché but I’d also have Bill Hicks – we need a voice like his tearing apart the establishment more than ever. I also love Wanda Sykes, she’s a great writer with funny bones. And of course I’d have a few pals like Zoe Lyons, Kerry Godliman, Francesca Martinez, Suzi Ruffell, Katherine Ryan, Bridget Christie, Roisin Conaty and Hannah Gadsby. Yeah they’re all women. What of it?” 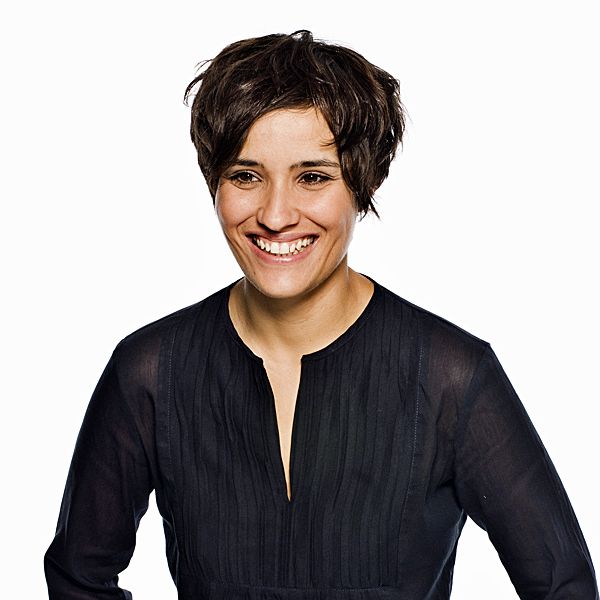