Popular comedian, Abi Roberts, is bringing two shows up to the Edinburgh Fringe this year. Her début solo stand up hour is the intriguingly entitled Twerk in Progress, but Martin Walker first asks about her wholly original chat show idea, Musical CID.

“I’m very excited about this show. It’s on at the Gilded Balloon, every lunchtime. We have a different guest comedian on each show. I came up with the idea way back in 2009 and it’s been sizzling underneath for a while until we did our first show in 2012, as a one-off experiment.

“In essence, it’s a new comedy confessional show where I delve into what one comedian has on their iPod and what music has shaped their lives. The show is based around 20 questions we’ve sent the guest comic. We play clips of the tracks and then chat around them, with loads of trivia thrown in, some set pieces and a rock ‘n roll finale at the end. We sing a duet of the guest’s favourite karaoke song! I have to learn 24 songs of any genre by August. So, if you like comedy, comedians and comedians talking about music, this is the show to see!”

Tell us about your latest Edinburgh Fringe show, Twerk in Progress.

“Twerk in Progress is my first stand-up hour and it’s at Speakeasy at the Voodoo Rooms (Venue 68) on West Register Street. I used to be more of a singer/songwriter doing cabaret shows with 10 to 15 full songs in them which was lovely but there’s only so many times you can sing Moon River before you want to drown yourself. I’ve spent the nearly three years working my way up from the bottom of the stand-up ladder to playing big comedy clubs.

This is the show that I’ve been working on over the last few months and there’s bitching about models (I used to work in fashion), bits in Russian, and the very occasional impression snuck in if I feel like it. So I like to have a smattering here and there. It’s ultimately a show about grabbing life by the bollocks and not having too many regrets. The show carries a warning though: this show may contain twerking!

“Thanks for reminding me! Yup, it does sometimes feel like I’m juggling balls of jelly. It’s going to be very, very hectic but I’m going to relish the challenge. Also, as a comic doing a whole month of an hour show and support slots it means that come September you’re at least better than you were a month before. I’m so lucky to be doing something I really love, it could be so much worse. And I get to hang out with some really great people and drink loads in The Loft Bar.”

What kind of reaction do you look for in an audience?

“Obviously as a comic I love to hear big belly laughs but sometimes it’s nice to tell a joke and let it hang there. One of the biggest things I’ve learnt watching the very best comics is that it’s ok to be quiet… to let the audience take things in like a good wine tasting. You wouldn’t whip the glass away before they’ve had a chance to swill the Claret round a few times. Have I just compared my comedy to wine tasting? Yes. Ok. Sometimes it’s like doing shots of Tequila. No time for swilling.

“My best experience on stage was finding myself opening a show for Michael McIntyre at The Bloomsbury Theatre last year. Wow! I’ve never had a really terrible experience on stage, apart from maybe when a man threw up all over the front row as I ended my set and the dog he’d brought with him. It’s all part of earning your comedian’s stripes.”

“Ooooh, that’s a tough question… when MUSICAL CID goes to a TV pilot my dream guests would be:

“Jim Carrey (for so many reasons. Great stand-up, with musical influences)

“Kerry Godliman (I love everything she does)

“Nick Helm (great stand-up and our duet would be amazing!)

“Warm up for the show would be my mate and preview buddy Stephen Bailey because he’s fabulous, funny and we’ve both got curly-wurly hair.” 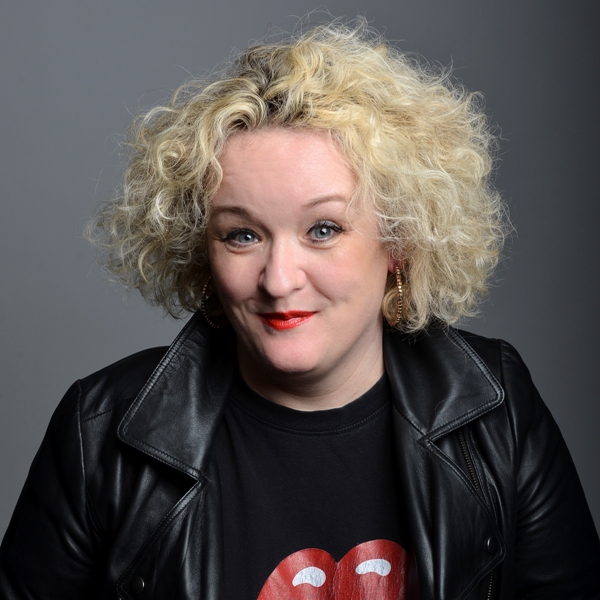