Some people drink to forget, Quint Fontana drinks to remember… and at this Edinburgh Festival Fringe he’s thirsty! Once the blue-eyed boy of British pop, now a bona fide showbiz legend, Quint recalls the songs, stories, triumphs and tragedies that have made him the mega star he is today.

“My show is called I Remember Me, and it’s wonderful. It’s me, Quint Fontana, reflecting on 30 years in this wonderful business we call show. All my hit songs and some stories too. It’s a one man show, just me on stage, stripped bare, naked and raw – metaphorically you understand, though there is a kimono – and I promise you the show you deserve.”

So, I hear you like a drink. What’s your favourite beverage?

“Well let’s just say if I was stranded on a desert island I’d want to have some rum with me. An awful lot of rum, I may be there sometime and I imagine the novelty of being on a desert island wears pretty thin after a while and I’ve certainly no desire to start trying to ferment the indigenous vegetation.”

As a showbiz legend, are there any stories you can share with us now?

“In the late 80’s I went on tour to America with Johnny Hates Jazz and it turns out he really does hate Jazz. I mean really hates it. It’s frightening. I remember one night we were in a restaurant in San something or other and he spotted Miles Davis at the salad bar. Anyway Johnny saw red and went for him with a fire extinguisher. Completely out of the blue. It was hushed up of course but we were all scarred by the events that night. None more so than Miles. Public dining can be really quite challenging when you’ve got a loose cannon like Johnny in your party.”

When did you first decide to become an entertainer and how did you get started?

“I was born into show business being the son of Cliff Fontana who was a big star in the 60s with his band The Windbreakers. Father discouraged me saying I lacked any discernible talent but I knew it was just tough love and his way of saying ‘go for it Quint Fontana, you’re a musical genius’ and it just made me more determined. When I had my top 30 hit I knew I’d proved him wrong and let him know in no uncertain terms. We haven’t spoken in 30 years.”

“Well as the gifted performer I am I would certainly find room for myself. Then I’d stick the greats on, Phil Cool, Jim Davidson and Joe Longthorne. Great guys, great memories. These hip young comedians can go to hell. I’ve no idea what they are on about. Too much swearing and talk of genitalia for my liking. That or just weird stories and peculiar hairstyles. It’s not for me. I’m hip, my finger is firmly on the pulse but unfortunately the pulse is lacking in basic stagecraft.”

Quint Fontana is a character portrayed by comedian and actor, Andy Davies. 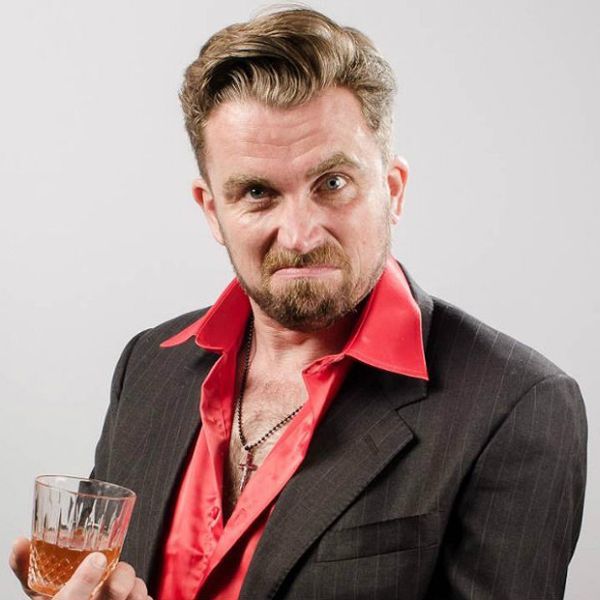