An accomplished poet, broadcaster and blogger, Luke Wright’s  lively performances mix poetry, politics and comedy. He talks to Martin Walker, who’s been a fan of Luke’s work since the early days of his poetry boy band, Aisle16. They start by talking about Luke’s new show.

“I’d stop short of calling it a show. It’s more like Your New Favourite Poet in so much as it’s a bunch of poems, kind of linked, but I’m not trying to create a through argument like in Essex Lion. Fat Dandy is me magnified/earthiness versus glamour. The themes are loneliness/solitariness and outsider/anti-mainstream. How much I tie them together I don’t know yet but I like the poems and it should be a good hour. I’ll be doing it at Latitude and Edinburgh Book Festival.”

As well as performing on his own, Luke regularly supports the poet legend, John Cooper Clarke.

“I’ve known John since I was 15. I had no idea who he was when we first met. I was drinking with a band called Carrie (one hit wonders with a song called Molly) and he joined us. He is an incredible conversationalist and I liked him immediately. One of my first gigs was supporting him and I got to know him from there. We share a friend in Martin Newell as well.

“John’s new found success has meant he can tour with a support so Mike Garry and I do about 25 minutes each before the great man. It’s brilliant, the gigs are huge, sometimes over 2000 punters and I go down really well on the whole.

“John was certainly been an influence on me. We both use slang and modern vernacular in traditional verse forms. We’re both fans of the AAA/chorus line form too. But otherwise we’re quite different. I use a lot of direct speech in mine, I tell stories too, whereas his poems tend to be more lyrical. But I studied him very closely when I was 17 and just starting out so he’s in my artistic DNA.”

Luke’s been heard on BBC Radio 4 and 4 extra, as well as countless other radio stations. I wonder if he sees himself as a potential full time radio broadcaster.

“Writing poems is the thing but I’d love to have my own radio show, a weekly show where I got to interview artists and play records would be sweet.”

He co-curates the poetry lineup at Latitude and will be programming poetry events during the Edinburgh Book Festival.

“I have my favourites but I aim to create an eclectic bill that will be popular with everyone. This year in Edinburgh the focus is very much “spoken word” but at Latitude I pride myself on mixing likes of, say Andrew Motion with say, Kate Tempest. Poetry is wide church and I like to go from font to alter.”

So, if Luke were curating a show for television, who would be his guests?

“I think the bigger the event the more it needs to be programmed with accessibility and wide appeal in mind. What’s more exciting is programming a tiny little gig in the wiles of Norfolk where I get to choose my favourites. My absolute favourites are Catherine Smith, Caroline Bird and Tim Clare. They are always fantastic and make me try harder.” 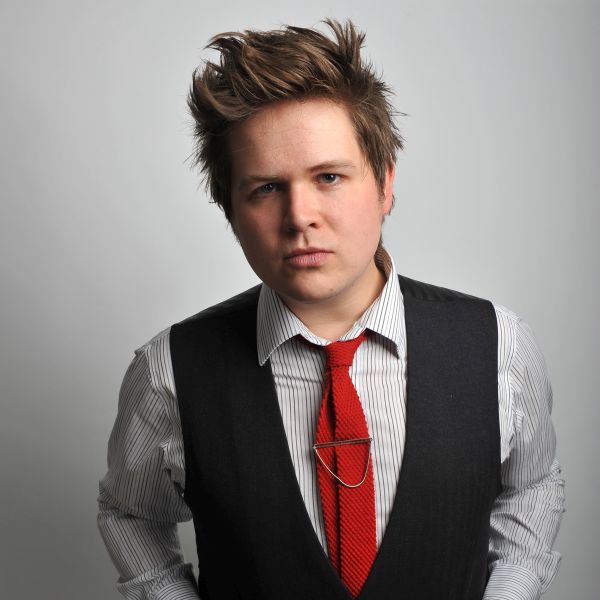