Hi Colin. Tell me about your 2022 Edinburgh Festival Fringe show, The Death of Anna Mann.

God, where do we begin? It’s the culmination of both our lives (too much?) basically Anna Mann, star of stage and screen, including infamous 1980s video nasty Cannibal Bagpipers, has discovered she may not have long left to live and is going to do one last hurrah. Its full of stories about her rich visceral and incredibly brave life and some mean jibes at her best friend Sue Clinch.

Anna is a hugely popular character on the Fringe. It’s hard to imagine Edinburgh without her. This can’t be the end.

It can and it must. I am slowly emerging as myself which feels weird and the wrong way around. Much as I love her, it’s time for us to move on. The wig is very filthy by now and I’m not buying a new one. Plus, it’s becoming increasingly hard to tell where she ends and I begin. She’s taking me over!

How close to the actor, comedian and TV writer Colin Hoult is the actress, singer, and welder Anna Mann?

She is, quite honestly, everything I wanted to be – loud, confident, full of life. I am often terribly shy, nervous, and riddled with doubt. She has helped me to find inner strength and courage and for this I will be eternally grateful. Sometimes our creations become more real than we are. Like Pinocchio or Thanos.

Tell me about your hit radio show, Colin Hoult’s Carnival of Monsters.

I mean it was ages ago. Someone’s been on the old Wikipedia. It was a lot of fun – my original pilot was without an audience and very weird and mysterious. I decided to do it with an audience in the end and it was a lot of fun but I’m still not sure I made the right decision. It came out of my first trilogy of solo shows, which were a life changing moment for me. I’m always getting so far and then wiping the slate clean and starting again. Hence the death of Anna Mann. It’s quite frustrating in some ways but recently found I have ADHD so I’m a bit more at peace with it.

Who has been the biggest influence of your life? 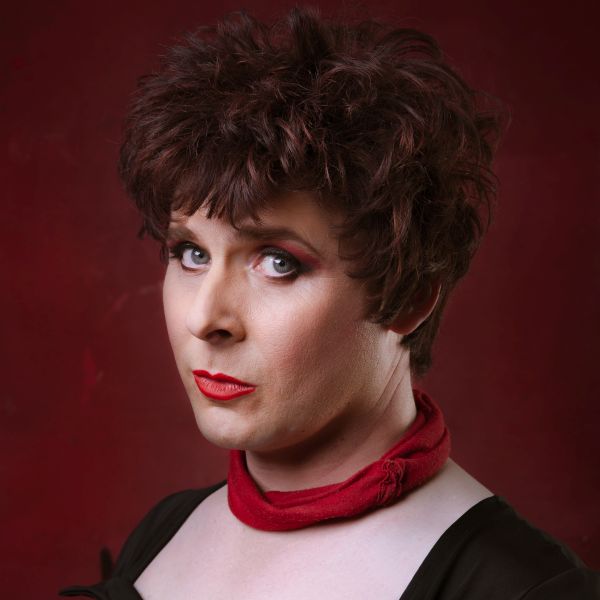