Katerina Vrana was born and raised in Greece, but now lives in London and does stand-up in both Greek and English, sometimes simultaneously. She co-runs and MCs Angel Comedy, one of London’s popular comedy clubs. She returns to the Edinburgh Festival Fringe this August.

“I’m doing an updated version of last year’s show Feta with the Queen, which was a show about my experiences as a Greek girl living abroad. But after having performed it for over a year now, in three very different countries and in two languages, it’s morphed into more of a show about international stereotypes, travelling, foreign-ness and differences in plumbing.”

“I did my debut solo show with them last year in Edinburgh and I like their venues and how it’s run. It’s a very supportive network.”

“Funny. And personal and energetic and warm and aggressively friendly.”

“Have sex with George.”

“Well, I won’t put down names for an entire season because that would take up most of the interview so for just one episode I would have Celia Pacquola, Luisa Omielan, Wanda Sykes and Maria Bamford. I think that might be very close to a dream line-up for me…” 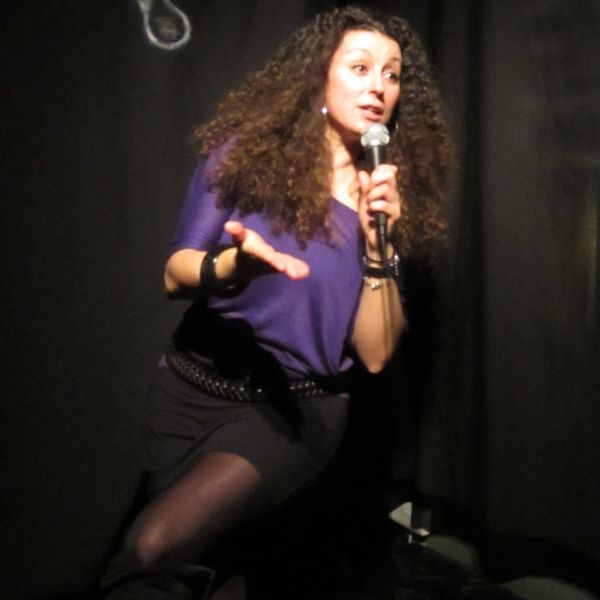