Almost Adult, my debut solo show, follows the main character, Hope, as she leaves her hometown for the bright lights of London. She has it all planned out. There’s going to be sexy tinder dates and mature new pals. She even lands a job at a dinosaur-themed bar. Mental. But, when her manager starts acting in a ‘creepy’ way and her sophisticated housemate becomes increasingly passive aggressive, Hope gets a sinking feeling that things are falling apart. The show is a tragic comedy that combines clown-style comedy with touching vulnerability. And, yes, there is a badass dinosaur costume.

The show is inspired by my real life experience of moving to London and dealing with workplace sexual harassment. Told in the only way I know how, through the lense of a hilariously silly character.

This will be my first Edinburgh Fringe, eek! And, since I first went in 2019 I’ve been desperate to take a show up. Even though the prospect of taking a show to Edinburgh is slightly terrifying at times, it’s the place to go if you want to find fellow comic creatives and new writing audiences. It’s a hub of artistic expression. The level of excitement, creativity and laughter in one place is unbelievable. I can’t wait!

I’m inspired by the many women who spoke to me when I did interviews about their experience of moving from small towns to big cities as well as their experience with workplace sexual harassment. I am beyond grateful for the level of honesty and openness they brought to the interviews.

In terms of comic theatre, I’m inspired by people who totally think outside of the box with comedy and storytelling. For example, Ell Potter and Mary Higgins who created the Edinburgh show Hotter, created a totally intoxicating and radical dance/verbatim/comedy show from a super simple premise.

I LOVE the Jazz Emu, he’s also performing at Gilded Balloon. He is one of the most original, creative comics I’ve seen in a long time. He does these amazing comic funk songs. Sort of like the James Acaster of musical comedy. Also, there’s some badass female solo shows I’ll be seeing including Poles: The Science of Magnetic Attraction by Tart Theatre Collection, Sugar by Mabel Thomas and Pash by Seemingly Wholesome Productions.

Why do you want to tell this story?

I have a lot of anger at what’s happening in the world right now and there’s stuff that I want to help to change. For example, the fact that 97% of women in the UK have been sexual harassed in their life. It’s fucking awful. Women have various ways of responding to this in order to try and make things better. Some campaign and some go into politics. My thing is comedy. If I can make people laugh and enjoy themselves but also walk away with a real sense of wanting things to change then I know I’ve done my job. 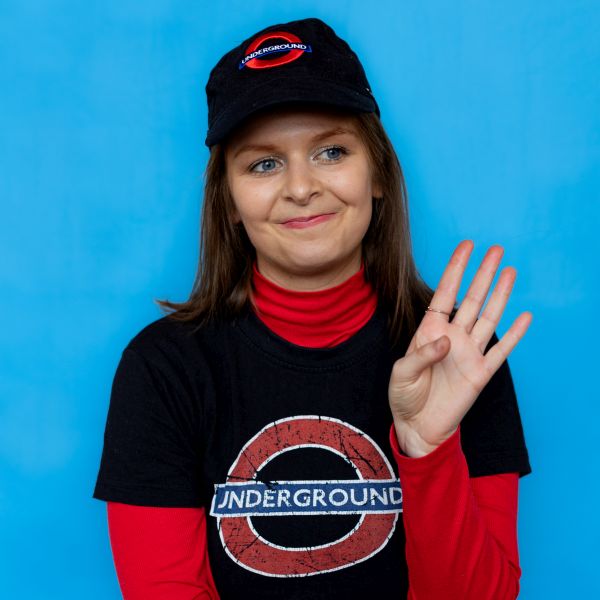