Enemy of the self-righteous! Conqueror of pretension! Champion of profanity! Fin Taylor dismantles them all. If you don’t like being told what to do, do as we tell you, and go and see the Edinburgh Festival Fringe show, Real Talk.

“Most of it has its roots in hangover anxiety I think. That idea of feeling fragile and vulnerable whilst being incredibly belligerent at the same time is something I’ve always found funny. A lot of it is about shame and your subconscious and there’s a healthy dose of nostalgia too. Mainly I’ve tried to make it as funny as possible! But the observations are all based in that sort of stuff.”

How many Edinburgh Fringe appearances is that now?

“This will be my fifth in a row, but my first full debut hour. I did package shows for three years including The Lunchtime Club in 2011. Last year I did a 40 minute show on the Free Fringe called Cramp but tried to keep a low profile so that I could experiment and make mistakes. So this year is me lifting my head above the parapet for the first time I guess…”

Tell us about your involvement with The Bear Pit Podcast.

“I was scouted by its founder, John Pitt, who saw me at a gig in Ipswich and then asked me if knew how to work a computer. I said yes and I’ve been helping him out ever since.”

How do you feel about BBC3 being axed and do you think it’s right for the BBC to forbid all male panel shows? Should there be quotas for black or gay people?

“Categorising any artist into ‘black’ or ‘gay’ or as anything else that might not be relevant to what they’re saying, completely restricts them from being what they want to be creatively, or having any kind of control over long-term output, so the idea of quotas is absurd. BBC3 was a great platform for people who wanted to get into TV and it is a shame for it to go, but as a demographic our generation is moving online so I don’t see it as a door closing for new talent.”

“I would put Mat Ewins on to see what he would do. And Mike Wilmot and Tommy Jumpers.” 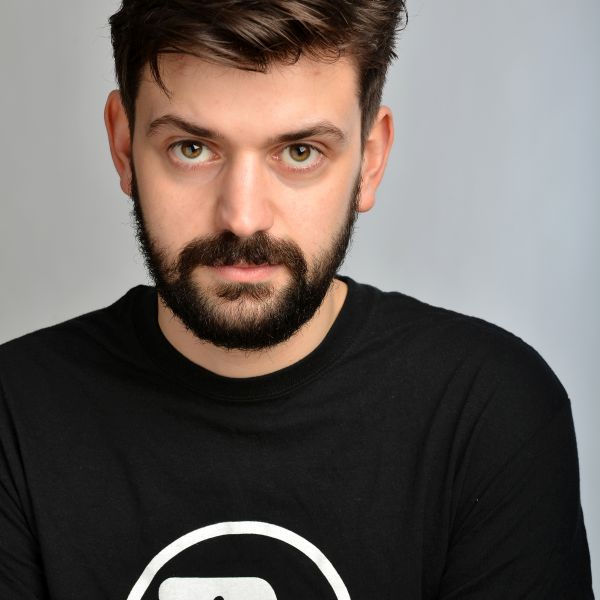