Brinestorm is a collection of my favourite stories, observations and anecdotes. It’s material from the last year or so that has been bringing the laughs to crowds across London so i’m super excited to share it with a wider audience. It’s weird saying “i tell stories about myself” as a pitch for a show but the difference is i’ve had chaotic ADHD my whole life and so there are just so many situations i get myself into that seem really unbelievable.

You started performing stand up in 2016 in your native New Zealand before moving to London in 2018. How do audiences differ? Are there cultural differences which change the way some jokes work?

It’s funny to think about this actually. I’ve lived in London for so long now that it’s the other way around. If I were to go back to New Zealand I’d have to change a lot of references in my set because all the new stuff is set in the UK.  When I first moved over here the big difference was how you need to be signed by an agent to get anywhere here. In New Zealand it is all very self made. You could literally just wander into an open mic venue and have a go, next thing you know you’re on TV. It’s just a smaller circle in NZ so you can make your own way without needing to be signed. Not to say it’s easy, it’s not easy, if you’re a shit comedian you’ll get nowhere in New Zealand either. But the UK has about 60 Million people in it so the culture shock was a lot more about figuring out how the industry works and learning the ropes. Now I’ve got the hang of it. I love it, I love the comedy scene here, flaws n all.

What was it like performing on the Jonathan Ross show? Any backstage gossip?

Jonathan Ross is genuinely hilarious and lovely. He was so encouraging and supportive of us. Kathryn Ryan and everyone there were just so kind and warm and never made us feel like we weren’t cool enough to be there. Everyone was just so awesome I was a bit shocked. It was weird because we’d been in lockdown for about 6 months and not done a single gig then suddenly we got the call like ‘hey quick you urgently need to remember how to do stand up and cut your 10 minute set down to 3 minutes for Jonathan Ross’ ofcourse we all jumped at the opportunity but I remember feeling weird and not like I was on top of my game when I performed. I think the set I did is fine and i’m not mad at it at all but I’ve definitely grown and developed my set loads since then and it’s in a really strong place. In terms of backstage gossip. They had ‘The White Company’ soaps in the bathroom. I got my own little changing room with a star on the door that had my name in it. There were loads of free beer and Redbull in the fridge. The stylist team had to sew my boobs into my dress because the button kept popping open which wasn’t going to fly for 7pm TV. That was pretty funny.

It says here that you found yourself supporting Ed Byrne on your third ever gig.

This is a translation through the grapevine that’s gone a bit south. So on my second gig ever I found myself opening for a famous TV comedian in New Zealand called Dai Henwood. Then from there, it happened to be the NZ comedy festival at the time and I found myself on a line up with Ed Byrne at my third ever gig. Then about a year later,  I supported Alan Carr on his tour of New Zealand. So that’s the timeline but I think as my bio has been trimmed and cropped over the years the details get twisted a bit. I’m still very proud of that though, it’s still impressive right?

What’s your favourite part about doing stand up? 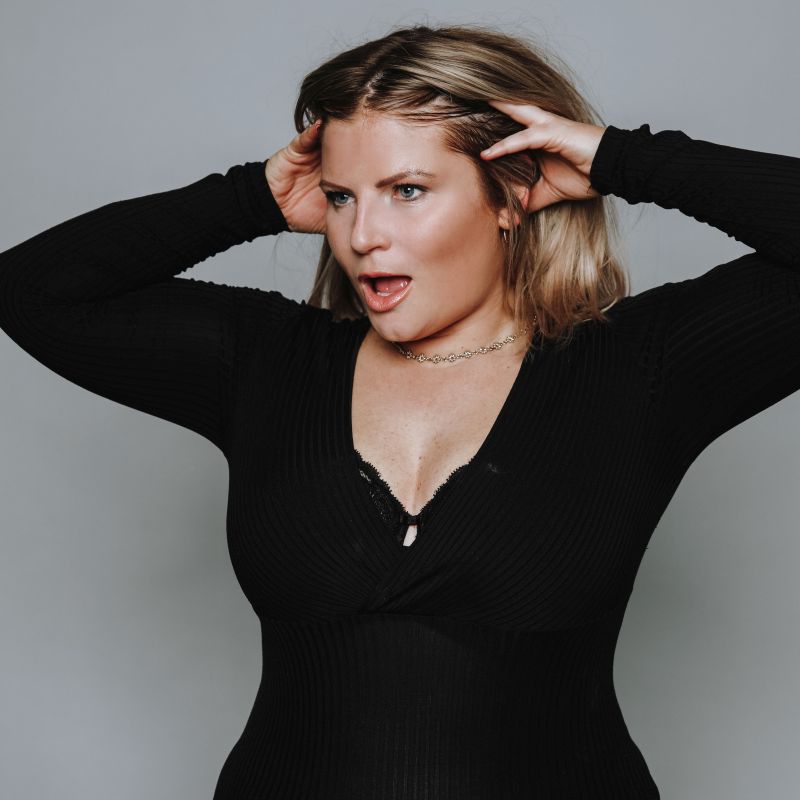