Luke McQueen is a successful stand-up comedian. But don’t let him tell you that. Distracted by his self-deprecating charm, Martin Walker fails to get Luke to talk about his Edinburgh show.

“I’m not really wanting to talk about Edinburgh this year. Next year I’m going to steal someone’s show. And I’m not going to tell anyone – half way through they’ll be like ‘Those shows are similar,’ and I’ll be like, ‘Yeah I nicked it.’ Just completely no shame. Just gonna steal someone’s stuff.’”

Umm. But what about this year?

“You look like Nigel Winterburn. Do you know him? Old Arsenal left back.”

“I’ve got the Hibs pink strip for some random reason. Wearing it last night actually.”

“Basically my family’s really embarrassed and ashamed of me and I’m just doing the show to try and demonstrate that I’m not a complete waste of time. I’m twenty nine now, so this is kind of my last chance. I mean it’s kind of pathetic, but after the last couple of years of humiliating myself and my family…”

“I’m always funny but audiences don’t always agree. So this year I’ll do it for my family. My Nan is ninety and even she is ashamed of me.”

They didn’t want you to be a stand-up?

“They were horrified at my last show. I did the whole thing topless. And I haven’t got a great body and people weren’t laughing.”

Your show last year was about trying to get back with your girlfriend.

“I’m running out of time with her, because, you know, she’s getting older. I think at some point over the next six months I’ll need to impress her otherwise maybe I’ll lose her forever.”

But your Edinburgh shows have been successful.

“Well, I don’t know so much. I mean, if we’re honest about it for my first show I charged £5 and nobody came. So my second show I had to do it for free and people came but it still wasn’t very many.”

“Oh you like it? Well I set it up recently but there’s not much reason to go to it at the minute apart from trying to find me. But I’m doing a tour soon so there will be details on the website about my tour. I’ll probably try and do it the whole of July, like before Edinburgh.

Where will you be touring?

“I think it’ll be London. I just can’t afford to hire places, I can’t really afford anything like production values, so I’m just going to name some places I’ll be, like Trafalgar Square or something and just, ya’know, whoever is there is the audience. Then I’ll perform to them and I’ll go round with a bucket afterwards and I’ll ask them for some money.

“I think I might do one in a cubicle of a hotel and if people look on the website they hear about it. And people that get there early can go to the cubicles on either side and look over so they can see me, but everybody will just have to hear it through the door.”

But you’ve appeared on BBC3?

“Yeah. Well the thing is, I did the videos online to try and get my girlfriend back and the BBC approached me and said that they wanted to follow me around. I thought it was like gonna be quite a heart-felt documentary but then they put it on a comedy show and people were laughing at me.

Are you sorry about BBC3 being axed?

“I suppose so, I mean honestly I feel so far away from anything relevant in the industry that I never tend to have too much of an interest. I mean I suppose it’s bad, yeah, but I don’t really know how bad or even if it really is bad, I guess there’ll be something else.”

But it’s one less outlet for your work.

“Listen, Martin, I need money. I would do anything.

I’m sure it won’t come to that. If you were hosting your own TV show, who would you have on?

“That’s like, never going to happen! I mean, I want it to happen.”

“I like a guy, there’s a Dutch guy, called Hans Teeuwen. I like him a lot. I also like Tony Law and Doctor Brown. But I have to say with any comedian, if you like them my advice is don’t go and see them again because the magic goes a little bit. I’ve only seen Hans once.”

Thanks for your time Luke. Sadly we need to wrap it up there.

“That’s pretty good. So you probably know them all really well. See, I have like maybe two thousand friends on Facebook which is ridiculous. But I don’t know most of them. So, I’ve got this thing where I just sort of spend a little time messaging some that I don’t really know that well, so it doesn’t matter if I make it uncomfortable between us and I just ask for stuff. If I can stay at their house so I can save on rent. Or if I can just borrow some money. If any of them have got any clothes. Like, if I see some pictures, I would be like, are you still wearing that top cos’ I like it. 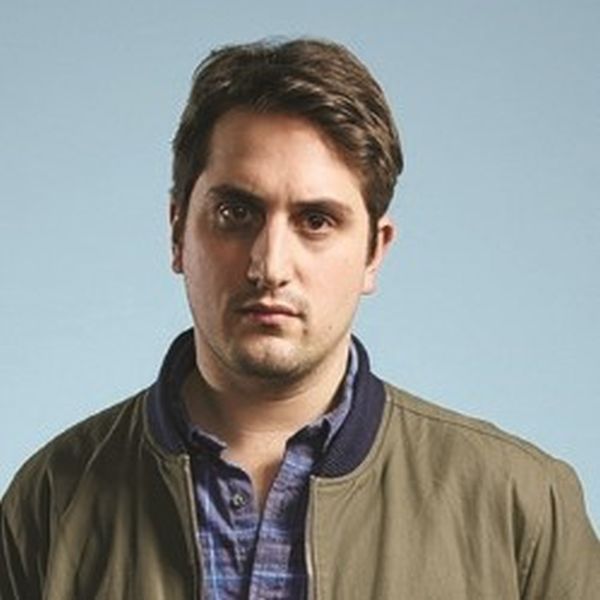