“The show is about me. It’s called; I’m still Al Lubel, because I am still Al Lubel, and I still have the same two basic issues in life that I had in last year’s show, that I love saying my name and that I hate my mother. But I will have new thoughts on them. But I have the same two issues. Because another one of my issues is that I can’t let go of my issues. But that’s for another show.”

You trained as a lawyer, what made you take up stand-up comedy?

“I liked appearing in court, I liked talking in front of people, but I didn’t so much like the having a client part of things. I found myself wanting to say, “Your honor, Mr Prosecutor, and ladies and gentlemen of the jury, my client is charged with robbery and faces up to thirty years in jail, but enough about him… my name is Al Lubel.”

“I was working for a comedy chain called the Funny Bone during the summer of 1986 and they had me open for Bill in St. Louis. I was very impressed by his writing and performing. And he already had a great reputation as a comic. Some were calling him a comic genius. I remember asking him, “what do you think makes someone a genius at comedy?” and he said, “the ability to see something in a totally different way.” I thought that was a really good definition. I also remember that he told me that he liked my act and that he liked one of my jokes, I can’t remember the set up part of the joke right now, but I remember the punch line was “not dead yet”. I remember that he said to me that he really liked that joke. And obviously at the time we were both not dead yet. And due to his untimely death eight years later, of the two of us, only I remain not dead yet. I’m still Al Lubel.”

What’s the difference between US and Scottish/English audiences?

“Well being a former attorney, I must point out that you have asked a leading question, your question assumes that there is a difference. And of course you can ask such a question because I am not under cross examination, so I guess there was really no need for me to bring that point up. But I do think there are some differences. I think that Scottish/English audiences are easier to keep the attention of. They are more willing to listen and to let you go on with your train of thought than American audiences are. In terms of laughter and applause, Scottish/English audiences are a little more reserved. I guess it goes hand in hand, UK audiences are polite enough to let the comic go on with his train of thought, but polite people are usually more reserved. Also, some of my darker thoughts are harder to get laughs without here, such as talking about suicide. Maybe UK audiences don’t think it’s a great subject for comedy.”

“Stephen Hawking, Richard Dawkins, Michio Kaku, anyone in the science field, especially physics. I’m trying to understand reality. Also Ekhart Tolle. I really liked the Power of Now, and I’m reading A New Earth, I think he’s a great writer and really gets to the truth of things and I really believe he is at peace and enjoys the moment, and the now, but I’d like to use my skills as an attorney and cross examine him to try and find his dark side. I know he must have one. Also I’d like to have doctors and medical researchers on the show, because I’m looking for ways to not have to die. I’m still not dead yet…Because I’m still Al Lubel. And also, maybe my mother.” 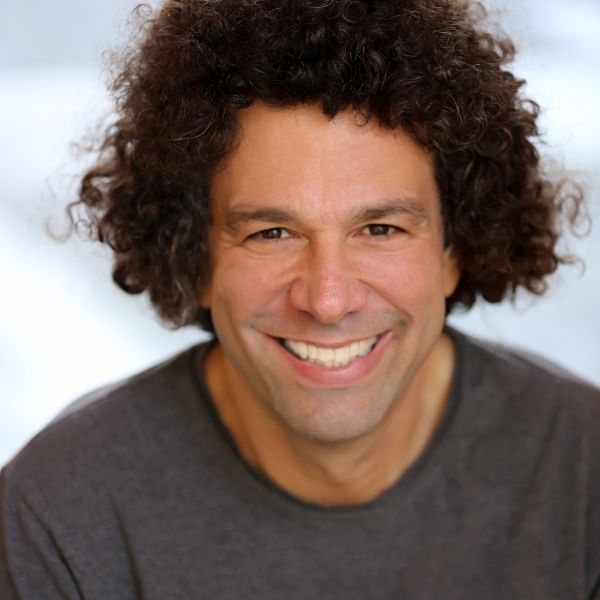