Be Your Own Daddy was born when I realized I was always looking for the easy way to happiness. I don’t mean I didn’t work hard because I did. And I do. But I spent my twenties trying to find the perfect life, which to me, at the time meant marrying someone with a house, money, and other various things I wanted for myself.

It wasn’t until I got a bit older I realized how unsatisfying not getting those things for yourself can be. And how happiness is a mental struggle not a material one. And then I moved to London and all the confidence I had spent years building was shattered by how hard this city is to make a life in! So the show definitely took some unexpected turns once I uprooted my life!

You were already an established comedian in Canada when you upped and moved to London earlier this year. How do the comedy scenes differ?

The hustle here is unmatchable. The concept of always working on the next hour was so foreign to me, Canadians do work on new material! Some more than others lol. But the hour solo show isn’t a format we have much of. There’s not this pressure to get new material as quickly as there appears to be here. It’s really motivating and mind blowing at the same time. Seeing comics who are on their 3rd, 4th and 5th hour solo show is just so inspiring.

It’s definitely something I’m looking forward to working towards.

And I will say, I know there are mean people in every scene in every town but thus far the comics I’ve met here have been so welcoming and friendly. Very helpful in terms of gigs or even just a coffee to see how I’m settling in. It’s been really nice and has really helped the transition of moving to a new country. I feel like I really lucked out with the people I’ve gotten to work with in my short time here.

You talk about personal issues on stage. How easy is sharing your private life with strangers?

I have a much easier time spilling my guts onstage than I do offstage. I have no problem telling a room full of strangers all my secrets but take the mic away and I am very much an introvert. People are often surprised how shy I am. And I’ve been told it comes across as snobby.

I used to be an open book. Share everything with anyone who would listen.I was far too trusting with my stories and probably far too annoying! I’m not really sure when that changed but somewhere along the way I became a very private person offstage. I have a very small group of people who I let in and that’s about it. I don’t like to show emotion. I think the most emotion I ever show to others is during my act.

Sometimes words will come out of mouth during my set that even shock me. Because they’re stories I thought I’d take to the grave! There’s something freeing about having those moments though. I don’t ever regret them.

Have you ever gone too far on stage?

I once got in trouble for saying the “C” word onstage. Which, as we all know would never happen in the UK! For the most part I’m too self absorbed of a person onstage to talk about anything other then myself and my personal experiences. So going too far isn’t really something I’ve ever really concerned myself with. I’m sure I’ve send things that have offended someone. We all have at some point in or careers whether we realize it or not. But there’s never been a moment where I’ve felt like it was too much. Not yet anyway!

What are you most looking forward to at The Fringe?

I’m really looking forward to a lot of things. I’m excited to meet other comics and meeting other artists. I’m excited to see other shows I wouldn’t normally get to see. But I think mostly I am looking forward to just having to do comedy for a whole month. It’s a chance to forget about my other responsibilities Not having to worry about cleaning my place, or training from here to there, or waking up early to take the dog out. Just a whole month where all I really have to do is my show. Which I love doing! I mean ask me at the end of The Fringe and maybe I’ll be sick of it by then haha

Tickets:         Michelle Shaughnessy: Be Your Own Daddy 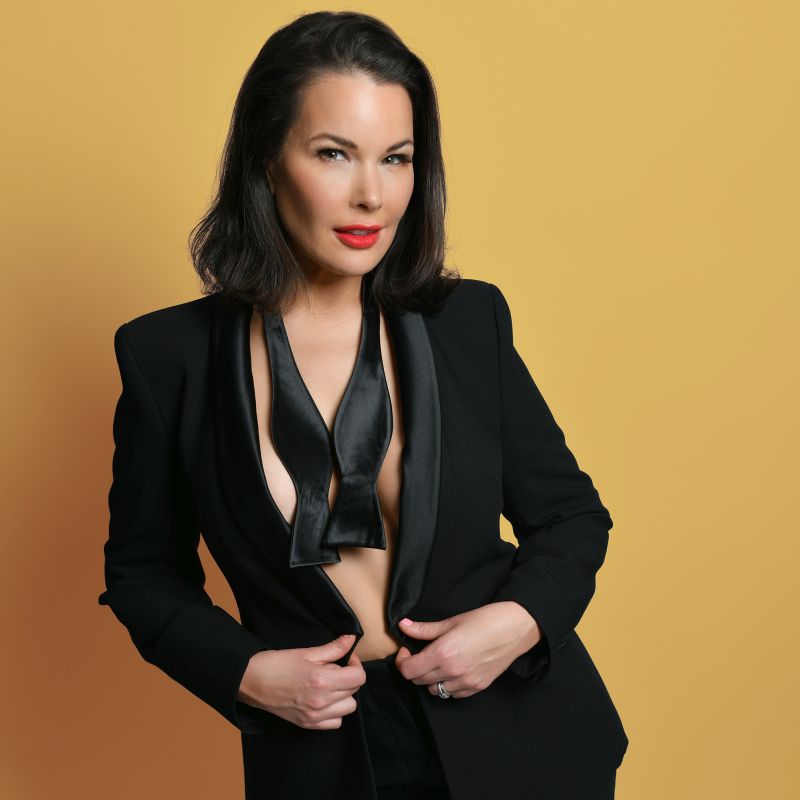