It’s about holding bags of poo, really. About how when you’re in midlife, you spend a lot of time holding other people’s crap and it can leave you feeling weighed down. But it’s also about my brilliant, brilliant mates and how important friendship is. And it’s about how you feel the same inside as you did at 25 but somehow your body, and your lifestyle don’t reflect that. It’s about the battle between your grown up self and the idiot youth who still lives inside. And there’s a chunk in the middle which is just blow-by-blow what happens when you have a mammogram, so it’s very educational in its own way. Also, some stuff about gazebos.

You did a drama degree in the 1990s. What was the plan at the time? Serious theatre? What happened next?

Never serious theatre. I always wanted to be the Comic Actress of my Generation, but I never actually said that aloud at the time to anyone, let alone anyone who would be in a position to advise, support or help me to do it. What happened next was that I surrounded myself with people who didn’t really think that was feasible or proper or something. And so I just… kind of… didn’t try. Because you know how it is, if you didn’t try then you haven’t failed.

Then I hit forty and I went “OH! I’m going to DIE! And I will be so SAD if I don’t even try to be funny on stage”. So a couple of years later, I started doing stand up, which is this incredibly lean way to be funny on stage. Just you and a book. You can do it smeared in mince, so it’s brilliant for mums. And I haven’t really looked back.

You were selected for the prestigious Leicester Mercury Comedian of the Year final this year and was Funny Women Semi-finalist 2017. In comedy, have you now found your calling?

I think I have, yeah. It’s tough in later life, and as a parent, too, because there are so many reasons NOT to do it. But when I got the Leicester nod, that was just beautiful and validating and really made me feel like there were some people who liked what I was doing. I’m racked by insecurity, so those external validations really matter to me. The mature thing to do would be to pretend I’m not, and that they’re irrelevant, but there’s a lot of grind in comedy, and having these little boosts really helps.

Oh the biggest partier of all is my mother. She’s 79 and she can make a party happen anywhere. She’s a beast. Honestly, when I think of her, she’s pouring someone a drink or tearing up a dance floor. She dances like a medieval signaling device. The truth is, I was only ever a medium partier, but it’s important to my own mythology that I have had fun times in my past, otherwise, basically it’s just wall-to-wall mince and bum-wiping.

If you were a 20 year old straight white male comic for a day, what would you do?

Okay, so the obvious answer would be – of course – wanking and Tinder. But actually, the thing about young white male comics is they can’t be lazy with their material. They learn to adapt really quickly once they realise they’re the third guy on the lineup talking about those hack themes. If they’re listening to themselves and the audience, they will get funnier, faster. There’s so little space in the area of “observations about my life” when you’re the generic white guy  that you have to find a point of view really quickly. Whereas if you’re from an underrepresented group, you can ride on letting people into a less-seen world for a bit longer. The competition means the good ones have to get better quicker. It’s also why representation really matters. 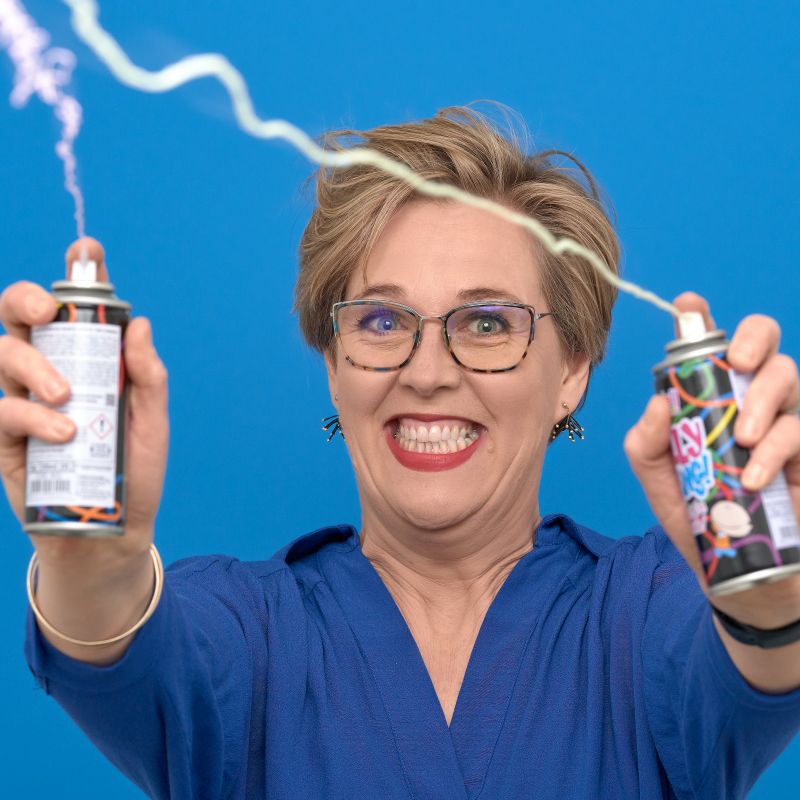