Showstopper! The Improvised Musical is an all-singing, all dancing, comedy musical, which just happens to be made up on the spot… tell me more.

A writer of musicals is on the phone to his producer – he needs to come up with a smash hit and he only has 70 minutes to do it – he needs your help. He asks the audience for the setting, the title of the show and various styles of musicals that will appear throughout the night and then they are away! The full band and the 6-strong cast make up a new show from scratch based on those suggestions.

It is our birthplace and our proving ground. It’s where we had our first success and we’ve been here every year since – this year is our tenth year at the Fringe. We love playing here and our audiences are fabulous – they come with such amazing energy and imaginative suggestions that we always have the best fun here.

Great makers of exciting theatre and comedy. People who push the boundaries of what is possible and what you think the audience will accept. We are all very influenced by Ken Campbell, who started us down this road – he would never accept anything less than thrilling and we try to do the same.

The worst was forgetting my lines in a school play at the age of six. I was playing a dodgy doctor in what I assume was a hard-hitting exploration of Victorian London. I had a brilliant comic line ‘I have a little bottle in my pocket’. At which point I was to take a wine bottle out and say ‘Oops – wrong one!’. Cue roars of audience laughter. But not if you screw up your line and then can’t actually get the oversized bottle out of said pocket. Perhaps the rest of my career has been a subconcious attempt to recapture that wasted moment.

We’ve been lucky enough to have very few bad reviews but we did get a memorable angry write up from a reviewer who was convinced that our show wasn’t improvised. They just flat out said that it was too slick and well-structured to be made-up on the spot and that it had to be more or less the same show every night. We simply suggested that she come one more night to test her hypothesis. She came again, saw a completely different show, of course, and the review was pulled…

A teacher. I love teaching impro, music, theatre. Love it.

Stranger Than We Can Imagine by John Higgs.

Which is your favourite Disney musical?

I’m glad you asked that – it is The Hunchback of Notre Dame. It’s thematically adult, lyrically sophisticated and with beautiful music by Alan Mencken. it features one of the most interesting baddies in the canon – the sadistic Judge Claude Frollo (played by Tony Jay), who is torn between pious self-delusion and lust for Esmerelda. Tom Hulce does a great turn as Quasimodo, and there is a wonderful trickster character called Clopin. Try not to be irritated by the gargoyles and it’s all good.

If it’s primetime then probably just simply do our show in front of a live studio audience. It’s just so much fun to see people’s imaginations immediately get turned into reality. Maybe do a special where we build Stephen Fry’s dream musical… 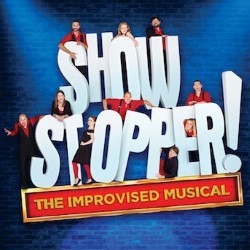