Phil Jerrod and Chris Stewart are not a double act, but in an hour of brand new stand-up comedy at the Brighton Fringe, they share the bill in attempt to unravel what it means to be human. Martin Walker discusses the show with the boys in beards.

PJ: The show is called Human and is all about being human. We try to cover all aspects, from the evolution of man to the pain of getting a fishing hook caught in your balls. But as it’s only hour show we have had to gloss over quite a lot of it. We don’t mention The Cuban Missile crisis for example – or Will Smith.

CS: To be honest, I’m still a bit miffed that the Will Smith stuff got left out in favour of ‘attempting to shine a light on society’. It’s not as funny as Will Smith. It’s not even as funny as Carlton.

How long have you been a stand-up comedians and what got you into it?

PJ: I’ve been a stand-up for just over two years – I got into it the normal every day way anyone gets into stand-up – I failed at pretty much everything else I’ve ever tried.

CS: About the same time as him. I met him at his second ever gig and he spilled a pint of Guinness over himself. I still think that’s probably the funniest thing I’ve seen him do on balance. Unlike Phil, I’m not a full time comedian. I’m still failing in another job too. I’m definitely the best multi-tasker between the two of us.

How would you describe your comedy? Phil – is it true that you act is inspired by, “a harsh upbringing in the cruel and unforgiving conditions of middle-class rural Warwickshire”

PJ: Ha ha – definitely! We had it tough in Warwickshire, Chris is always banging on about how hard things were up in Glasgow as a child, but he never had to deal with the grinding misery of Britain in Bloom.

CS: I was actually brought up near Motherwell. I’m not surprised he doesn’t know that, he generally texts throughout my entire set.

PJ: Oh come on, it’s all Scotland isn’t it? My act has been described as ‘ranty’, and I suppose I do go on a bit, but I never intended it to be ranting particularly. Emphatic maybe. Plus I do a bit of shouting. I try to create the impression of a continuous stream of consciousness building to a crescendo of… Oh alright it’s ranting.

CS: My style of comedy has often been described as like ‘having a mate on-stage’. Generally by people who avoid me off-stage, ironically enough.

Your beards are pretty cool.

PJ: Thanks dude. I grew the beard in the late 90s. It was necessary for me because my face stops so quickly below my nose. Yeah it’s pretty cool – for now. It wasn’t in 2003, and it certainly won’t be in 2015. There are a lot of fair weather beards out there.

CS: I’ve had a beard for absolute years as well. Not as full as Captain Birdseye here though. My look is more ‘George Michael trying to look old enough to get four cans of ‘Merrydown’ from the off-license when him and Andrew Ridgley were only 14′.

PJ: Columbo, Stanley Kubrick and Les Dawson – I realise that that is a mixture of dead and fictional guests. Is that a problem? I mean they probably won’t RSVP.

CS: I’d just have Colin Jackson on every week, for 9 seasons, and every question would be based around how much he liked doing the hurdles. 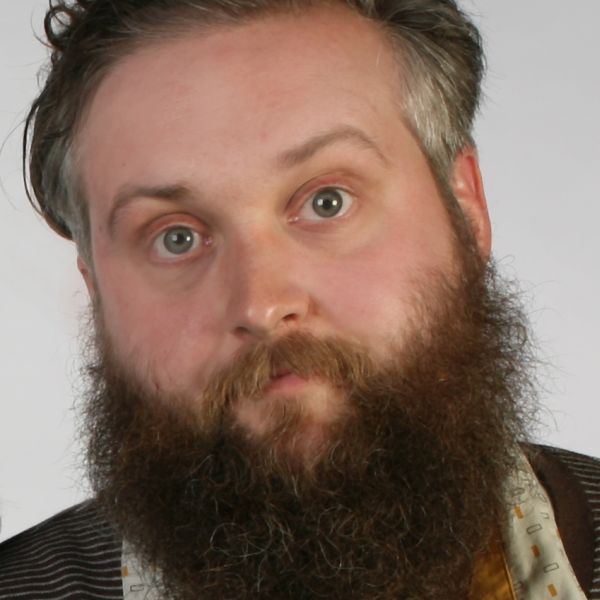