Bruce Devlin is a stand-up comic, writer and broadcaster, who can be seen live, on TV and heard on the wireless. Since learning his craft at one of the Stand Comedy Club’s workshops, he’s gone on to be one of the UK’s best known comperes. Martin Walker asks what he’s up to.

“Well I perform up and down the UK each week, but I’m hopefully going back to New York for the comedy festival. As a frequent MC, I’ve neglected and lost confidence in a set, so with the help of Suzie McCabe and Janey Godley – go see them both at the fringe – I’m writing new material and making inroads into doing sets again. The role of compere is great and what I’m a natural at, but really being stuck at a venue with dweebs you’ve nothing in common with is taking its toll, I want on first and away!

“However, I am at the Fringe for a second year, as a writer. Michelle McManus is doing a solo show that I’ve written – she’s supplied some additional material. I’m really proud as she was sold out last year and the reviews were great! I think it will be even better this year!”

As you allude, you’re very well known as a leading MC. What makes a good compere?

“A good MC really has to interact with the crowd, not just crow bar in material. Remember that the night does hinge on your warm up, that sets the atmosphere, gives the crowd the necessary housekeeping a behaviour codes they’ve to adherer to… so it’s a combination of things. It’s really about experience – the ability to read people in terms of how far you can go with them and make people feel part of an event.”

You’re a favourite at the Stand Comedy Clubs.

“Ages ago, I attended a comedy workshop, thought Tommy (Sheppard) and Jane (MacKay) were ridiculous, didn’t go back the second week, but went back the third week and finished the six week course. Jane, who’s no longer there, saw something in me and was very encouraging. Like her I could MC and slowly but surely was given my own Sunday night show. I am a resident weekend MC, I do a Stand at least once a month. Everything I’ve achieved has come from the foundation the Stand gave me, I owe a lot to the club. It was one of the best decisions I ever made doing the course and am very proud of my association with the club, it’s a fabulous enterprise.”

You also perform comedy to children.

“I’m actually doing a kids show on May 23rd at Braehaed before going to deal with bigger kids at the Stand Glasgow at night. The kids are great, they are not jaded, genuinely interested and their direct outlook is very funny. From the start of doing kids shows, I always get four or five up to tell jokes and have a competition, they all get a prize, but the winner gets the bigger bag of sweets. They don’t want condescended, I’m lucky having been close to my niece and nephew who are now 19 and 16, I’ve always known how to be near the knuckle, without the nasties as it were, you just become more inventive with language. Often a simple fiddle dee dee is more effective than a f…….”

If you were curating a stand up show for TV. Who would be your guests? 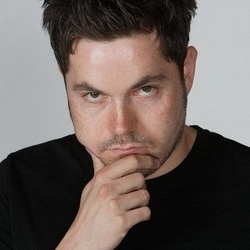