Queen of Wolves is the story of Frances Glass, a poor governess who accidentally marries the devil. Gothic horror meets Extreme LOLs.

Hi Nick, tell me about Queen of Wolves

Have you seen a comedy show and thought “I wish I were a little more on edge” or “Why aren’t any of the actors wearing a bonnet”? Well, this is the show for you. It’s the story of a poor governess who realises too late that she’s been trapped by the Devil, and the children she has been sent to care for are dead. It’s a highbrow gothic horror while at the same time being very stupid.

Birthplace of Ron Weasley, massive seagulls, crying in bus shelters, deciding to walk up Arthur’s Seat every day and then doing it once.

I do because I keep doing what I want to do despite haemorrhaging money.

Worst: In Sydney there are giant spiders. Once during a show a giant spider ran onto the stage and hid in the set. Every night I thought it was on my face.

My best and worst review described me as a young Shane Warne.

On Gogglebox but asleep

Northanger Abbey as research for my show. BORING.

I don’t think it’s my job to come up with questions, is it?

Oh come on, don’t be a dickhead.

It’s a drama about a young family who are one of the first to colonise Mars. My wife is played by Mae Martin, who is pregnant for the journey there, but because of Mars she gives birth to Joanna Lumley. 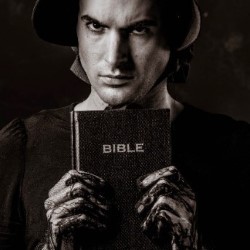