Newcomer to the Edinburgh Festival Fringe, Alex Love has been performing comedy regularly since January 2010. According to his website, while the country was still in the thick of the recession, he thought it would be wise to quit his job and move to London to start his comedy career… and by all accounts it’s going quite well. Martin Walker asks the questions.

“My Edinburgh Fringe show is called How To Win A Pub Quiz. The first half is me teaching the audience how to win a pub quiz by improving their general knowledge with material revolving around interesting facts. The second half is an actual pub quiz where they can form teams and compete for mystery prizes. These prizes are so mysterious that I don’t even know what they are yet.

“It takes place at the Kilderkin, down near the new Parliament buildings.”

“As the festival is so huge, it’s easy to get lost. But it’s nice to feel part of something with the PBH Free Fringe. It helps with flyering, because people are drawn in by the Free Fringe logo. The booklets are also great, because the pages are organised by time-slot and your show isn’t buried in a brochure that’s hundreds of pages long.

“It makes performing at the Fringe financially doable. There’s no way I could afford the extortionate fees charged by some of the paid venues, unless I resorted to a bank robbery or drug dealing. But both of these activities could affect my availability during August.

“I also can’t afford to be listed in the main Fringe programme, so if you’d like to see my show then follow the details at my website. Or just look out for me flyering. I’ll be there.”

“An idiot who thinks he’s much cleverer than everyone else, despite much evidence to suggest otherwise. I have jokes, infrequent poems, and talk about giant squid a lot.”

“I did the Red Raw at The Stand in Edinburgh in January, in front of about a hundred people. It was a venue I’ve seen many of my comedy heroes perform at, so it was quite a thrill to take to the stage. It was an even better feeling to have my set go really well and people saying lots of nice things afterwards.”

“People should go out and watch live comedy instead, supporting their local night.

“To make this point, I would have this television show filmed at Hammersmith Apollo. The venue would be full. But no acts would show up for filming.

“An empty stage would be filmed for an hour, with lots of cutaways of celebrities looking confused and irritated.

“On the same night, I’d run a gig in at a small room above a pub down the road with the greatest comedians available on that night for a modest fee. Everyone there would have a much better time.

“To be honest, I can’t see my TV idea getting commissioned for a full series.” 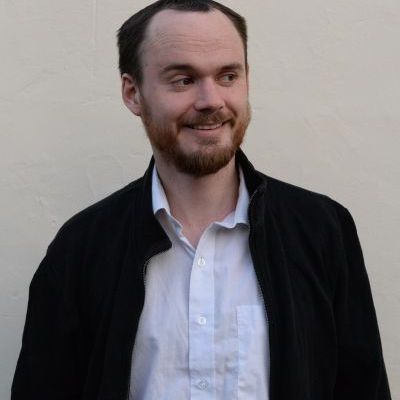