Lou Conran has never really been taken seriously. As the Queen of self-sabotage, she’s lived her life mostly through incident rather than intention. Martin Walker finds out more about her work in progress Edinburgh Fringe show, Subject Matter.

“This year I am attempting to do my first solo show. It’s a work in progress to see if I am

“c) If I do go off on a tangent, then it’ll test me to see if I can work out how to get back to what I was talking about seamlessly without veering off on something else – also likely

“This is a collection of stories, about nothing in particular, hence the title Subject Matter, and is also an experiment to see if my usual self sabotaging tactics can be held at bay and I can get through the show successfully with a start and an end. The middle will take care of itself.”

“I like the fact that Laughing Horse offers you the choice of a good venue, with the support and help behind it. It’s is a good platform for people that can’t necessarily afford the big bucks. The ethos behind LH works for me.”

“I trained as an actress when I was young, and got told off for not taking Shakespeare seriously. I had a meeting with a production company about an idea I was working on in the Circle Club in Manchester, years later, and a comedy night just evolved around us, while we sat there trying to work. I saw it as a sign. That, and I had a load of beer and thought I could do better than some of the people that were on. I couldn’t. I was shitfaced. But it made me want to have a go.”

“I once got boo’d off in Blackburn as I walked onto the stage.

“I once vomited in my own mouth – it would have been weird if it was someone else’s – whilst on stage at the Stand in Glasgow, I sort of ‘came round’ in the middle of the gig and realised where I was and what I was doing. Panicked. Vom’d in my mouth, swallowed it, then carried on.

“And I also recently had to deal with a woman who collapsed, and face planted down the side of the stage whilst I was MCing and bringing on the headliner. She didn’t move and I thought she was dead. So I just carried on, she woke up a few minutes later and told me to carry on, which was nice of her.”

“I would have Dawn French, I saw her solo show recently and although it wasn’t stand up stand up, I would still have her just cos, I’d also have Harriet Dyer cos she’s brilliant, Kiri Pritchard McClean cos she’s also brilliant and Tony Law because his shows every year blow my mind.” 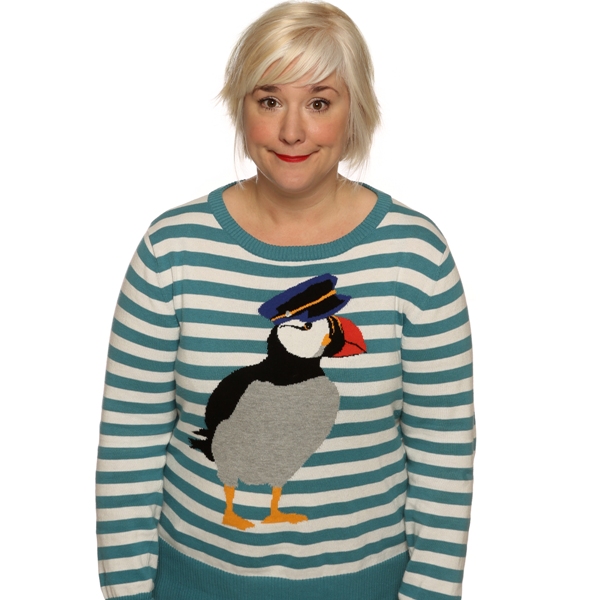