According to his website, Alasdair Tremblay-Birchall has been performing stand-up comedy properly since about the 20th of November 2008. Since then he has performed at several comedy festivals, created his own web series and has written for TV. He’s bringing two shows to the Edinburgh Festival Fringe.

“Alasdair Lists Everything is a long term project of mine where I hope to eventually list absolutely everything in the known and unknown universes. Pork chops, violin lessons, people who pronounce the word ‘film’ as ‘FILL-LUHM’ – are just a few examples of things I could list on stage, if I hadn’t already just done so.

“I do this, and only this, for an hour every day, whilst wearing a suit.

“You know how some people are into music like Daniel Johnston or the stuff John Frusciante was doing when he was deep into his heroin addiction, stuff that is practically unlistenable but if you really focus and lie to yourself you can find it quite enjoyable? Well that’s the audience of people I’m going for with this show. I’m going for an audience that want to see things that are completely impossible to like.

“Success Arms is a stand-up show I’m doing at Underbelly. It’s my best stuff, grown and hardened over the last few years at the Melbourne comedy festival. I’m tackling all the big topics, birds flying into windows, power stances, having a huge urethra, motivational poems – the whole shebang. There’s no real message to this show, I’ve just made it as funny as possible.”

“It’s a great opportunity to bring something weird over to Edinburgh Fringe and because I’m not paying venue hire, I don’t have to charge ten pounds.”

“Really it’s the only thing I actually like and I’m trying to set up my life so that I only have to do things that I like. Or put another way, I try to push things out of my life that I don’t like, and I don’t like not doing stand-up, so I do it.”

“I have never gone too far, if anything I’m more likely to go too close: I get in your face, I take a bite of your ice cream, I apologise, we bond over the mistakes we’ve made, me eating your ice cream, you bringing ice cream to a comedy show.”

“Norm Macdonald – he could come and fuck it up, question why they gave a stand-up with only five years experience his own TV show, make fun of me, make fun of the network, make fun of the audience for going to the taping of a show of some guy they’ve never heard of. We could just let him do forty-five minutes. 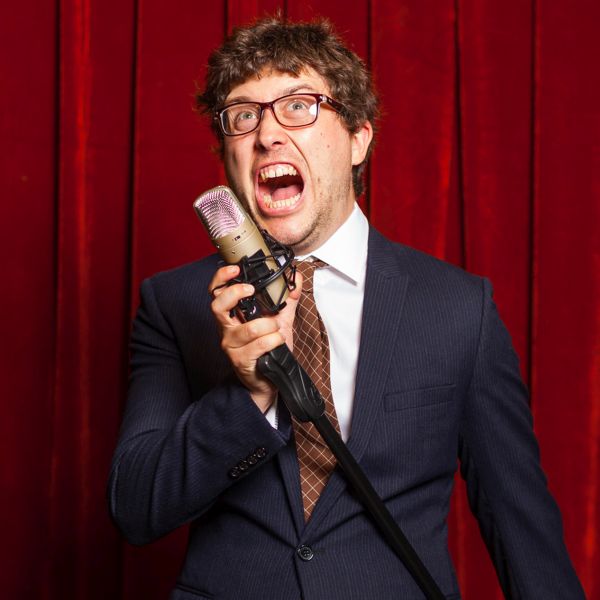