My personal favourite comedian to appear at the Glasgow Comedy Festival this year is Paul Sinha. Now I don’t watch a lot of television, except to binge on TV box sets and Doctor Who, but Sinha has apparently been making quite an impression as a regular ‘Chaser’ on an ITV quiz show called, ‘The Chase’.

I briefly caught up with Paul ‘The Sinnerman’ Sinha in-between takes.

“The title of my Glasgow Comedy Festival show is ‘Paul Sinha is a Stand-up Comedian’ – a non-too subtle message for those that only know me from ‘The Chase’ – there is a more far longer standing string to my bow. There doesn’t seem to be that much Venn diagram overlap of audiences. Despite all the radio stuff and successful Edinburgh shows, there is no doubt that TV profile seems to win out.

“It is a greatest hits show. If you think you are overly familiar with my stuff, do go and support another comedian. If you aren’t, then it’s my story, and I think you will enjoy it. It is the story about how a gaysian, perennially single social coward stuck in a job he didn’t really care for and wasn’t much good at, slowly fought back. It has “adult themes” and a sprinkling of social politics. It is also very good”.

Paul’s also a popular writer and opinion former. He recently made some waves with a blog that focused on his dislike for current TV comedy panel shows.

“It’s the tired formats, a shallow piecemeal approach to current affairs, and a booking policy hugely favouring acts from certain top agencies. Other than that, they are fine”.

Notwithstanding his success on, ‘The Chase’, it was his critically acclaimed shows during the Edinburgh Fringe where he made his name. Sadly he hasn’t done the Fringe for the last couple of years, will he make a comeback in 2014?

“No Edinburgh for me this year. I need to have a great show idea, and the stomach for a month long fight. I am determined never to do a half-arsed Edinburgh show. Also filming schedules are very tight this year”.

Who would appear on Paul Sinha’s Alternative Comedy Experience?

“I would probably do it similarly to Stewart Lee, force Daniel Kitson at gunpoint to compere it, and have Andy Zaltzman on it every single week”.

Master quizzer and blogger he may be, but Paul Sinha really knows his comedy. 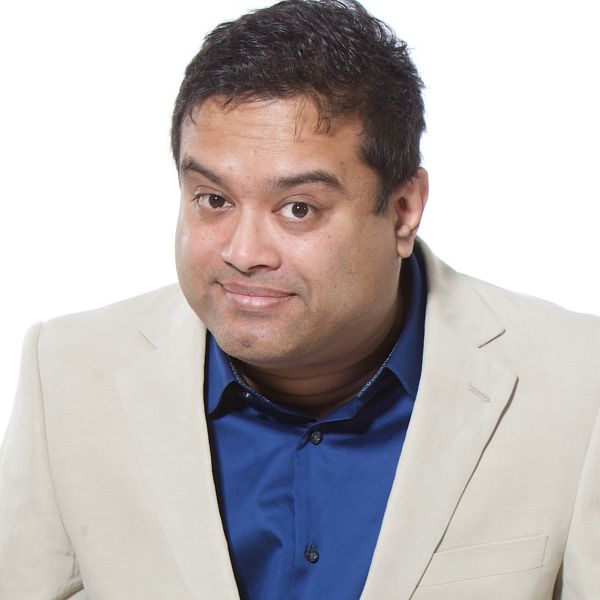