In the prequel to 2015’s runaway Edinburgh Festival Fringe hit, I’m Ready Now, Alison Spittle comes to town looking for an agent. If you’re an agent, promoter or reviewer, then this is the show for you. Audience members are welcome too.

“The show is called Alison Spittle Needs an Agent. I first came up with the idea while looking through the Edinburgh Fringe brochure for 2013, and what was a mean-spirited joke shared with a flatmate has turned into an hour long show.

“I’m in the process of making some props and business graphs. The aim is to make the audience feel like an agent while I pitch myself as a commodity. It’s my first full show at Edinburgh and a few people asked me about my big plan and what I hope to gain from Edinburgh, I hope the show is a satire on expectations. Also it’s a tongue in cheek look at myself and my silly ambitions. Last year I did an hour long compilation of short sets in Dublin, this is more structured and hopefully funnier.”

You have appeared on TV quite a few times in Ireland and you’ve also worked in radio. Do you prefer TV, radio or performing live in front of an audience?

“God, I prefer performing live in front of an audience. I’m not saying that just to convince people to come to my live show.

“I like TV as it pays and you get free food all day, I do bits of TV as it’s supposed to help you get a few more stand up gigs. Also it shows my Mum that I’m not languishing up in Dublin doing nothing, and she can lie and tell people in my village I work in TV instead of what I actually do which is spend my day’s begging promoters for gigs via email and my evenings nursing a pint of tap water on a pub stairs gossiping.

“In regards to radio, I loved radio I studied it in college but as soon as I started stand up, it’s taken over my life.”

What made you get into performing comedy and how did you get started?

“I was asked to try stand up by a breakfast DJ whom I worked for. He was already a successful stand-up comedian himself. I’d never thought about stand-up comedy before, being from a small village the nearest comedy club was Dublin.

“He got me my first gig. I did five minutes talking about the I.R.A’s fashion choices and my granny drinking hot tub water. It was the best feeling in the world. I hunted out as many open spots as I could travel up to. I used to sleep on lots of couches and late night buses until I moved to Dublin, now I can order a pizza at four in the morning, this is progress.”

What advice would you give your 17 year old self?

“I would sing all the popular songs of this day and age to my 17 year old self and tell myself to get in touch with Rihanna and tell her all about these guaranteed hits I have for her. I would give a few of Rihanna’s hits to The Saturdays as I think Rihanna has too many hits. I will steal Blurred Lines off Robin Thicke, change the lyrics to be about poor eyesight and give it to John Legend.

“I’ve realised this is the plot to Good Night Sweetheart, so I would tell myself to stop obsessing over Morrissey and study for my exams.”

“I’d love to do a TV show with just my friends in comedy, if I had the power to curate my own TV show. I’d feel guilty if I didn’t but I suppose this is fantasy and your readers won’t know my friends.” 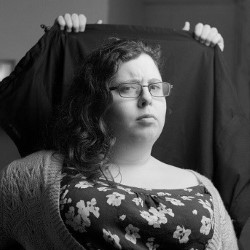