Snowflake was written in the Summer of 2019 and run in at The Stand, and toured until the pandemic hit in 2020. Then the tour was finished from the end of last year until the final run, here in Edinburgh in August. It concerns the right’s fabricated culture war against ‘woke snowflakes’, of which I am one. Oddly, rather than dating, the right’s desperate ramping up of this process has only made it more relevant. A routine about Ricky Gervais written three years ago, for example, seems like it must have been written in the last few months. I am a prophet, like Jesus.

Tell me about your 2022 Edinburgh Festival Fringe work in progress show, Basic Lee.

I don’t know what it will be. Because Covid took out two years of touring I am trying to get a simple show with no complicated technical requirements out on the road between the Summer of this year and my son’s GCSE’s in May 2023. The Snowflake Tornado tour was very complex. The work in progress in August will be me trying out anything I think will work and trying to keep it simple so it can react to events. I have never had less idea of what a new show is going to be. The world is in flux. I know there will be a bit about some cheese I ate in 1987. That’s all.

Is the culture war a myth?

Well, the Tories employ people to stoke it so no, but I don’t know if the public are as horrible as the Tories would hope they are. That said, there’s some pretty vile responses to the Rwandan deportation initiative out there from ordinary people. Like in Animal Farm and 1984, fascist leaders like Boris Johnson need imaginary enemies. We have left the EU now so he can’t just blame Brussels for everything, so woke snowflakes will have to do now as the current bogey folk.

Do you prefer to write on stage or at home, and how did the pandemic effect the writing process?

For me, Stewart Lee’s Comedy Vehicle was the best stand up comedy show on TV in the modern era. You’ll be back on the BBC in September when they broadcast one-hour specials of Snowflake and Tornado. How well does TV serve stand up comedy? If you could change how comedy was presented on TV, where would you start?

That is very kind of you. I had no idea you had seen it. I sometimes feel like it’s forgotten. We got so close to the live experience with it I thought it would change the way things were done in future but it didn’t, and everything just carried on the same in a half-arsed way. I don’t like the way TV stand-up cuts away to reaction shots that reinforce the way they want the work to be interpreted; I don’t like the way TV editing sucks the air out of comedians’ timing; I don’t think the best stand-ups are chosen by the 3 or 4 production company gatekeepers that control TV access and favour their own clients. I don’t think the best stand-ups are well served by panel shows, which seem to have created a generation of bite-sized comedy brains and sent some of our best talents off down dead ends. That said my approach is a risk. We filmed Snowflake, and my other current show Tornado, in York in May. Snowflake came out really well, but it just so happened that the response to Tornado wasn’t one of the best of the 200 or so times I did it. It’s a live art form. At the end of the day any honest response to document it is going to be roll of the dice. 21 times out of 24 for SLCV I was lucky – there’s only 3 shows out of 24 there where the crowd didn’t click, and they are mainly in the last series where weird experimental stuff that had set big rooms off big time is going to silence. But it’s an honest record of the moment in time, right then. 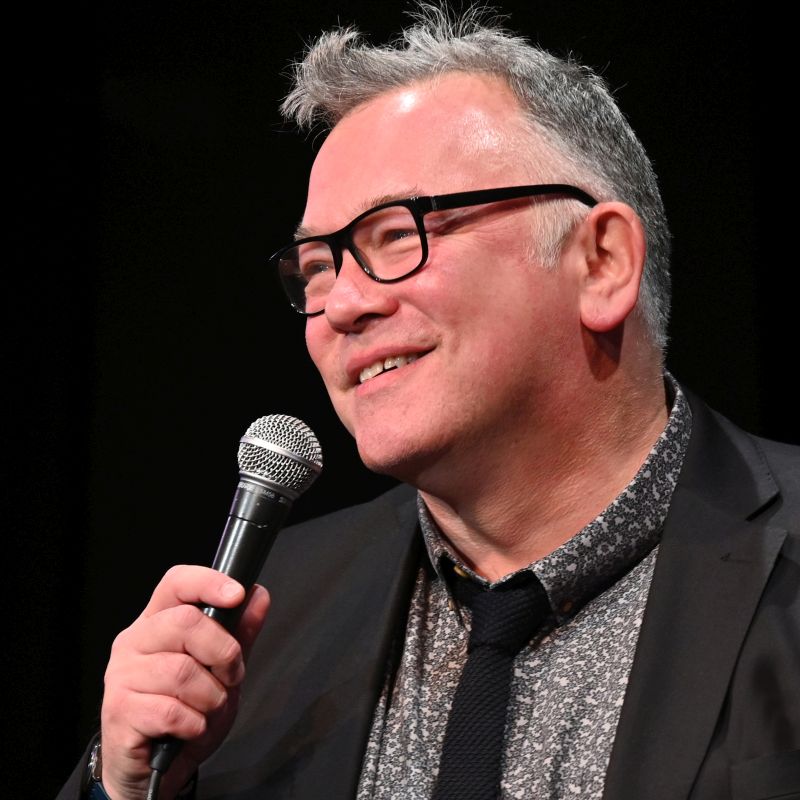