Hi Paul. Please tell me about your 2022 Edinburgh Festival Fringe show, One Sinha Lifetime (genuinely brilliant title by the way).

This year’s show is an affectionate look at the concept of autobiography. I feel that I have lived a life packed with enough highs and lows to merit an opportunity to become a literary sensation. This is my one shot at proving it. There are also songs.

I first saw you in Edinburgh perform Saint or Sinha?, (was it in a hut?) back in 2006. A lot has happened to you since then. What keeps you coming back to the Edinburgh Fringe?

I’m an Edinburgh purist. I don’t do it for money, I don’t do it for career progress. I do it because I believe that taking a one hour show to Edinburgh is an artistic privilege, and I enjoy seeing what I can do with the form. Heaven only knows how long I can keep coming back, but now that it is a fight between me and neurology, I am more determined than ever.

Who is your live audience?

I don’t know. It seems to be a mixed bag of gameshow fans and comedy fans, but I continue to have immense gratitude towards anyone who will take a financial punt on my standup. Part of that gratitude is not submitting them to a survey.

Right wing comedians keep saying things on stage and on GB News, despite saying that they aren’t allowed to say the things that they are saying. What is your view of this so called, ‘culture war’?

This culture war seems to be a toxic, artificially created debate where perfectly talented comedians who need a boost to their relevance, team up with less talented comedians keen to blame everyone else for their lack of progress. The truth is that if you’re a good enough comedian, the live comedy circuit offers plenty of opportunity to present your world-view, and that at a national level most comedy audiences lean centre right. Tell your truth on stage, stop whining, and get on with being a comedian.

You and Oliver recently appeared on Celebrity Gogglebox. You received some great responses. What was it like and would you do it again if asked?

It was great, and we’d do it again in a heartbeat. 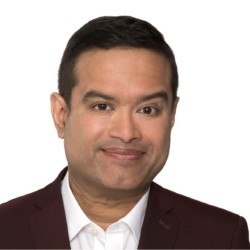