At 6’3″, Friel is probably the world’s tallest man with small man syndrome. Why? Is it because the average arthritic pensioner could outbench him? Is it the result of sibling rivalry? Is it his determination to be seen as the masculine one in his relationships with men? Find out at his 2014 Edinburgh Fringe show, Alpha Fail.

“The show is my life story, I suppose, and how my past has shaped me into the sociopathic, under-performer I am today, though I hate that I just said that ‘cos I’m 23 and I’d cringe if I heard 35 year olds talk like that. But Alpha Fail is no tear-jerker. I have no X-factor sob story ‘cos my parents are alive and I’ve only been to hospital once because of a drunken down-hill tumble. Instead, I discuss things like how being an uncoordinated bookworm, all the sibling rivalry and being a loner in school made me fiercely competitive and gave me an overwhelming desire to prove myself to be a macho man; something I’ve not quite managed to become.”

Why did you choose to perform as part of the Free Festival?

“A few reasons. First one is I’m 23 and just two years out of university so I am not blessed with the funds for a production at the Pleasance quite yet. Second one is I am quite the control freak and like the Laughing Horse’s laissez-faire approach where they let performers do their own thing without micro-managing them. And most importantly, I’ve always found men more willing to spend an hour in my company when I’m not charging.

“By the way, you know these three minutes are on the clock, don’t you?”

Do you prefer alpha males in your relationships or don’t you have a specific type?

“Interesting question! Now that I think about it my first ex played in the shinty firsts at uni and my second competed in swimming at a very high level – his brother is an Olympian actually! I suppose that makes them alpha but then it didn’t work out with either in the end. I’ve found more important things in my current boyfriend – I’m quite the Nurse Ratchet and I need someone with Stockholm syndrome, not a McMurphy.”

Have you been out on the Edinburgh gay scene?

“I’ve been to CC Blooms twice ‘cos they have Hoegaarden and open late. I hate gay bars though. Well I used to like them but then I was in a queue to get in one once and three guys in front got turned away for looking straight. That didn’t piss me off because none were my type anyway though I was furious when I walked through ten seconds later and nobody doubted me at all. Excuse me sir bouncer but I am a testosterone-oozing dude and when you assess me with your gaydar, I merit hesitation!”

“Dara O’Briain, Sandi Tolksvig and Louis CK so that they have to talk to me, meaning I could potentially get numbers, e-mail addresses and postcodes. Also, I’d like Jack Gleadow to make me look big and tall by comparison, Abigoliah Schamaun to make me look more normal and innocent, Monty Burns to make me look soft-spoken and I’d ask Derren Brown on so that he can teach me a thing or two about mind control.” 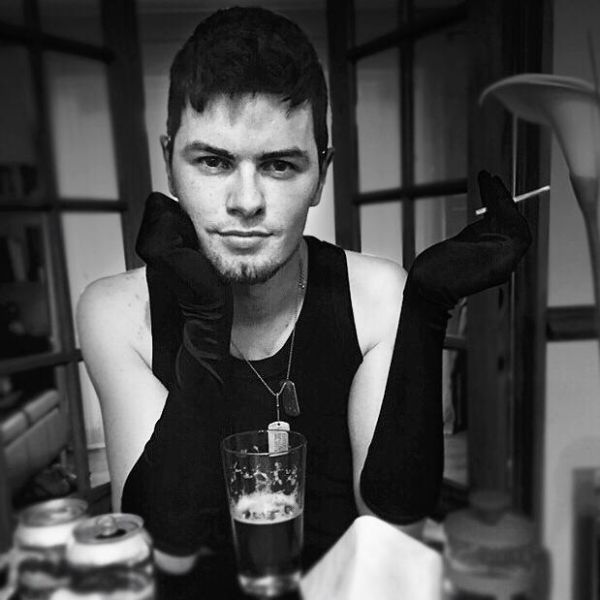