Hi Ashley, Please tell me about your 2022 Edinburgh Festival Fringe show, On the Outside Pissing In.

The show is about the state of the world and the bits we are ignoring. I have always felt like an outsider, in comedy and in life, and this show reflects that by tackling what I believe are the important things happening and my hatred for the world at large, on all sides.

You described yourself as a “Genocidal Liberal”. What does that mean?

“Genocidal Liberal” is my political beliefs, I believe we should be equal, I believe we should have human rights and everyone should have the opportunity to live, not just to survive, no one is worth thousands of times more than another. But I do not believe humanity is good enough, kind enough smart enough to ever get there, so I think humanity should be wiped out. We have failed and do not deserve ice cream.

This is your fifth Edinburgh show, it follows the Cunt Trilogy (2016-2018) and the show, Fuck You, and Fuck Your beliefs in 2019. How has your comedy changed or evolved over the years?

I would like to think I have improved as I have grown. My anger and ranting are better placed and I do not go off on tangents without payoffs as much anymore. My writing has improved dramatically, and the points I am trying to make are clearer. I believe I can work most rooms now, even if I would not want to.

Has Boris Johnson’s resignation cheered you up a bit?

I had a celebratory many drinks when it happened, however it has effected my show which annoyed me somewhat. The main issue is that he may be gone, but those who backed him are still there. Those that voted through the freedom squeezing laws are still there. So I do not see too much change in the short term. We needed to get rid of Boris Johnson to show that there is a line. However, I do not think “1000 strikes and you are out” is exactly perfection.

No. We are just screaming into the void.

Tickets: Ashley Haden: On the Outside Pissing In 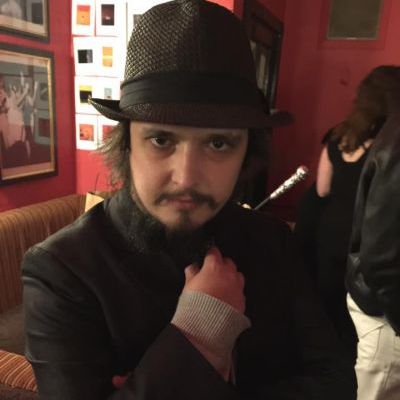