Ron is OCD, high octane and borderline certifiable. Obsessed with plungers, blockages, Rotherberger hot boxes, hand screw pipe threads, not to say faucet nuts and baby boa soft grips, Ron knows that plumbing is a gripping metaphor for the whole nation, and the human unconscious. He’s on a mission to lag the whole of England’s dodgy pipes and stopcock every leak. En route he encounters alarming suicides, traumatised French Poodles, exploding toilets, God disappearing, dating ballcocks and rabid Nazi bath taps. But in this show he meets his nemesis – something weird and terrifying singing in the pipes. Is it a quirk of the u-bend? An existential mystery? Or a rabid creature blended from the great national sewage wastes and about to unleash a holocaust of bacteria on an unsuspecting populace? As Ron says “Sewage – it’s not everyone’s cup of tea” but some warrior must battle rusted pipes and wobbly ballcocks. This is a mix of stand up and storytelling.

My first gig was at an Old Folk’s Home where everyone was either deaf or suffering from dementia. I played guitar and sang to a sea of bewildered faces but afterwards I was given a big cake and a fine brew of tea.

My best was a BBC review that said “Steve Attridge is a comic genius and currently probably the best writer of dialogue in the country.” My worst was last year at Edinburgh when someone said about my last show something like “An hour of punning that gets wearying.” On the same night I got three 5 star reviews from Facebook punters. So there.

Generally I hate reviewers. but then I meet one or two who are funny, smart and well informed. They are usually the ones who like my work. Strange that.

No, I don’t believe he did and it worries me that he was fined. Can’t these people who get so easily offended see the irony in the salute? Comics have been mocking Hitler for the past 80 years and he’s such an easy target. I’m against just about all forms of censorship – it’s a slippery slope to more radical forms of speech and thought control. If you’re offended by it walk out. Get a life. Once we can’t say or do things it often means we’re frightened of ourselves. Gratuitous offensiveness is of course unacceptable, but you don’t solve the problem by legislating and fining them. Ironically, of course, the fine actually means the routine gets way more attention, but PC people never seem to understand that. Some things are best left alone.

That’s a hard question because you have to define your terms. For example, it’s not funny per se if someone slips on a banana skin and gets seriously hurt (Unless you hate them or they are a serial killer – which then shows that comedy is context bound) but if you hold a fundamentally comic view of life and the universe then everything, good and bad, has something of comedy in it. It might simply be that everything we do is vanity because we will all die. The Ancient Greeks understood this. The early satyr plays were often highly obscene and would doubtless cause grave offence today. Much comedy involves a form of cruelty. Edwin Sammon and others have built comedy routines around their cancer. And if you don’t find something funny don’t watch or listen.

I am primarily a writer, a sometime performer, so I would say the best gig of my life was getting commissioned for my first TV series. As a performer the best gig will be the next one. 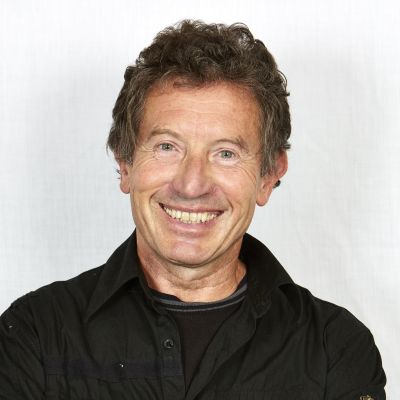