It’s the American Experience through the lens of my Irish working-class roots. My father and grandfather were both steelworkers and inspired the title of this work. I was destined to be the third-generation ironworking Flynn, but as a young man I instead dreamt of the bright lights of Hollywood. It is my search for fame and fortune and the meaning of success especially after a near death experience that taught me what is truly important in life.  I started out playing professional soccer before my career in stand-up comedy, acting, hosting, and producing. I cover it all in this fast moving one man.

I have always heard about the Fringe’s reputation as a wonderful month-long celebration of creativity and entertainment and have always wanted to be a part of it. This came about thanks to a role I had in Peter Farrelly’s latest movie, “The World’s Greatest Beer Run” (with Russell Crowe, Zac Efron and Bill Murray). After principal photography was finished the Farrelly Brother’s came to see a rehearsal of FEAR OF HEIGHTS and decided that they wanted to executive produce the play. They have always been great at supporting comedians and comedic actors at all levels and they loved the idea of taking it to Edinburgh.

I love a brave performer. One who speaks truth to power all while being FUNNY! I am inspired by my comedy idols of the past, Richard Prior and George Carlin but also some of my well-known contemporaries including Dave Chapelle, Ricky Gervais and Bill Burr. Coincidentally Bill and I are both winners of the prestigious Boston Comedy Riot and have known one another and worked together for many years.

There are so many. I started out doing stand-up with Jeananne Garafalo so I will of course be taking in her show as well as attending lots of stand-up shows and one persons. Can’t wait for it all to begin. I am a big Billy Connelly fan, so I am making it a point to check out some Scottish stand-up comic while in town and hoping to pic up some of the local patter over the month.

How can you get your performances to be noticed and well attended with SO many options for people?

By having a story that is not only funny, moving and entertaining but one that many people can relate to, oh, like, FEAR OF HEIGHTS. 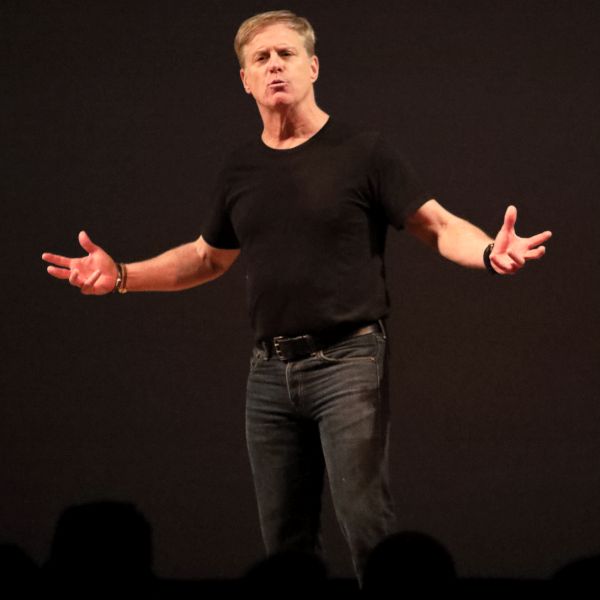