Jamie MacDonald is a  stand-up comedian, writer and voice over artist who happens to be blind. Jamie started losing his sight at the age of 16 when he was diagnosed with Retinitis Pigmentosa, a progressive degenerative retinal disease which will eventually leave him totally blind. Martin Walker asks about the sequel to last year’s Fringe hit, That Funny Blind Guy.

“I’d describe my new show ‘That Funny Blind Guy 2: The Good, the Stag and the Ugly’ as an anecdotal, character driven hour of fun.

“In it I tackle a range of hard hitting topics like how crap post Scottish independence telly will be and just why Jesus turned that water into wine. Among other things I talk about how the combination of booze and bad eye-sight can make pulling a woman a very real gamble and discuss that age old question when is it permissible to pass wind in front of a new partner. Plus a bunch of other fun stuff.”

“I loved my first Fringe experience. I was drunk for a month. I had the midnight slot in a wee out of the way venue at the bottom of the Royal mile. I feared that my time slot and location would mean no foot fall but not a bit of it. I played to some seriously fun and totally hammered audiences with only one guy falling properly asleep. I had a great time and that’s why I’m back but this time at the more respectable time of 9.00pm at the Assembly George Square Gardens.”

When I ask what Jamie thinks about the BBC edict to ban all male panel shows he answers with his tongue firmly in his cheek.

“Are they planning to replace them with all female panel shows? I think ‘Loose Women’ does pretty well but I’d miss the male perspective.”

And are they right to axe BBC3?

“The loss of BBC 3 is a tragedy. They’ve given us amazing shows like ‘Little Britain’ and ‘Uncle’ but I suppose someone has to take responsibility for ‘Hair’ and that one where your mum pops up on your holidays.”

I wonder how audiences react to his visual impairment

“I’ve never had any negative reaction. The show’s called that funny blind guy so nobody can be too surprised when a blind guy rocks up. Funnily enough one of the most positive reactions I’ve had was from another lad with a visual impairment. He came to the show and wanted some advice on how to get onto the stand-up circuit. Whilst part of me was uber delighted to be able to give him some advice the other part of me was thinking why the hell am I encouraging a potential rival.”

If he were curating a stand-up show for radio or TV, who would be his guests?

“Since my brilliant idea for an all-male BBC 3 panel show seems to be dead in the water, I think I would have to go for a mix. I’d want a couple of my favourite big names like Dylan Moran and Frank Skinner. They would be great. Then invite a good rising star someone like Trevor Noah who is fantastic. Then a couple of awesome women like Josie Long and Laura Solon. Both are brilliant. It pains me to realise that I would be the weak link in this stellar bill.” 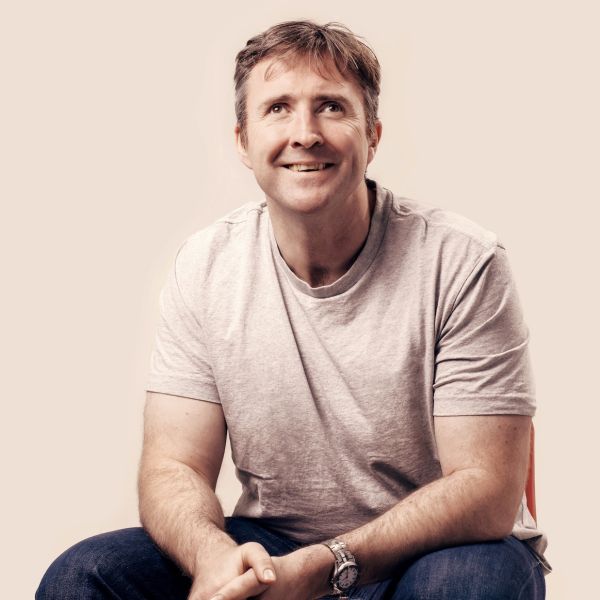