Hi Alex! Tell me about your 2022 Edinburgh Festival Fringe show, Thanks For Listening.

Hi! It’s a musical comedy show featuring me and an acoustic guitar. The songs are broadly about things I’m afraid of, so let’s just say the content pool is… Pretty wide. Animals and trains feature prominently, with a mixture of narrative pieces and real from-the-heart stuff. Just getting it all of my chest. The aim is to make the show feel like a sixties Greenwich Village coffee house spliced with Nirvana’s Unplugged in New York. But funny.

As a musical comedian, do you consider yourself primarily a musician, a writer, or a joke teller? What’s more important – the rhyme or the punchline?

I reckon, for the purposes of this show, I try to be a kind of monstrous hybrid. So the best songs are when the musical form is the ideal articulation of the joke, or is the joke. Best case scenario is that you can’t separate the rhyme from the punchline because there’s no other way that idea could be expressed, and you don’t have to worry about priority. I have no favourite child, is what I’m saying. But I think it’s probably better to have the punchline work than to have found a hilarious rhyme for ‘circle,’ which was two days of my life I’m never getting back.

How long have you been playing the guitar?

I’ve had a guitar since I was ten, but it was a very on-off relationship until I got glandular fever in 2018. I couldn’t exercise for a long time, so I played guitar instead. About a year later, after building my strength up in an iron lung, and when I was confident my playing wouldn’t be aurally distressing, I started doing musical comedy. I’ve gone from incredible weakness (physically) to moderate strength (also physically).

Tell me about The Tutor.

Yeah! It’s a screenplay I’ve written and has been bubbling away in development for a while now. It’s a psychological thriller about a tutor who inveigles himself into the family of his literary idol and begins to use their warped dynamics for his own ends. The cast is phenomenal, with Julie Delpy, Richard E Grant, Daryl McCormack and Stephen McMillan. The atmosphere on set was electric, and I can’t wait to see the finished product. I should be clear, though: it’s not musical comedy. But you should still watch it.

What are your musical influences for the show?

While I’ve been writing the show I’ve been listening to Neil Young’s Rust Never Sleeps (the acoustic half), Tracy Chapman, Mac Demarco, Prince, LCD Soundsystem, Run the Jewels. If a blend of all of that with jokes and an acoustic guitar sounds appealing, you’re going to adore my show. I hope. 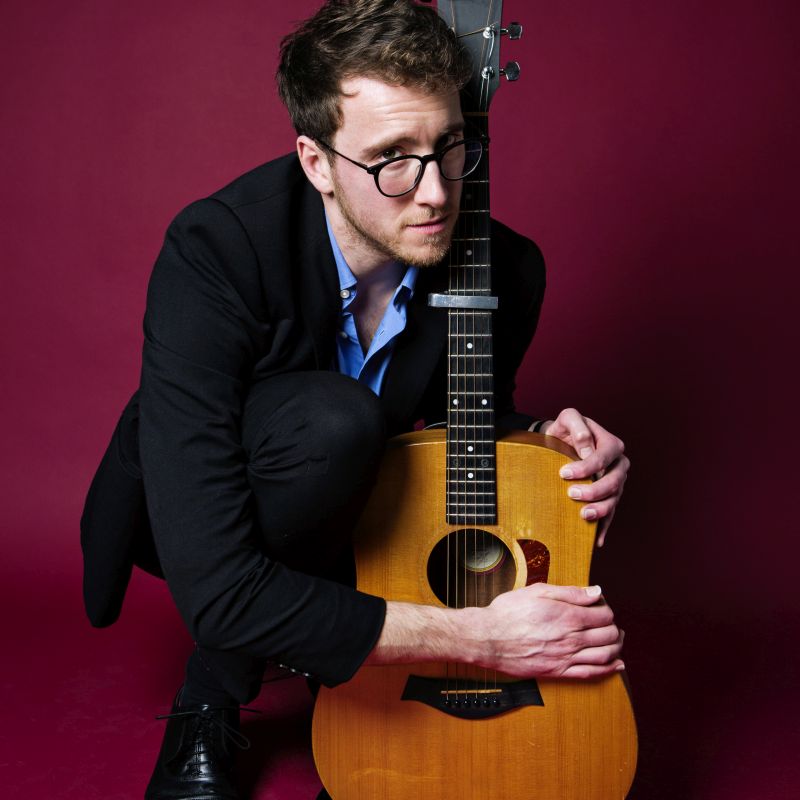