Dark. Funny. Underfunded. And that’s just me. The criminal justice system is too.

Over an hour I lift the lid on the British criminal justice system as it really is. It’s written for an audience not normally concerned with legal matters, who may not readily appreciate that a healthy, well functioning criminal justice system is an insurance policy for us all. I unpick some deeply entrenched myths such as the ‘fat cat’ lawyer, and explore the way all governments posture to appear tough on crime with needless and aggressive law making. Sounds cheery doesn’t it?

But don’t worry, it’s sugar coated in plenty of absurd and irreverent humour and authentic story telling. It’s intended to be thought provoking, with no let up on the comedy and laughter.

The show is also, without wanting to sound conceited, intended as a pick me up for colleagues in the profession. Defence lawyers are undervalued, treated by successive governments as a commodity. The media has been complicit in creating a populist anti-defendant line and sought to make our work seem immoral (damn those lefty, liberal lawyers). I encourage the audience to think of criminal defence legal aid lawyers as nurses at the clap clinic. You wish we didn’t exist. But if you need one, you’re glad we do.

Tell me a wee bit more about your time working in the legal system.

I’ve practiced criminal defence legal aid law almost all my career in Yorkshire with a two-year sojourn in London, where I worked during the riots and 2012 Olympics. It has been a pleasure being advocate to the hapless, disconsolate, and plain unlucky. In principle I would prosecute as readily as defend – in an adversarial system both functions are equally important – but my personality is more suited to defending.

It breaks my heart to witness the tragic demise of a justice system once revered as the best in the world. After decades of underfunding and neglect, justice is being diluted and poor standards normalised. Our dilapidated courts are falling apart. It’s not just that the seats are broken in the courtroom and the roof leaks; inefficiency has become endemic. Prisons are bulging, courts are closing, and trials can take years to be heard. So ‘Shit Lawyer’ is a clarion call, a manifesto for change.

When did you decide to become a comedian? How did you go about it? Do you remember your first gig?
Some might say appearing before Magistrates is a form of stand-up, at least for me (maybe not the Magistrates). Every day at court is like being on the film set of a Mike Leigh production, providing a bounty of material, and with television being my first love, I started to write TV scripts set in this little known world. Channel 4 commissioned a pilot of my comedy drama ‘Justice’ and it was received with enthusiasm and heading in the right direction. Sadly the commissioner left C4 and as often happens in TV land, the project was shelved. I threw my disappointment and creativity into stand-up and channelled the themes into a rich blend of comedy and protest. I did a weekend stand up course in Manchester and my first gig was at The Parish in Huddersfield with comedian and promoter Graeme Rayner, (Gag n Bone man) a couple of months later.

You tackle some serious subjects on stage. How difficult is it to turn a crisis into a stand up routine?

It’s often the case that from the most difficult subjects comes some of the funniest, darkest humour. At its core is a very serious crisis: at the rate the legal profession is losing defence lawyers there won’t be anyone to spring you from the cop shop in the middle of the night or protect your basic legal rights at court. Along with the black rhino, green turtle and blue whale, that mythological creature ‘fat cat’ lawyer is on a trajectory to extinction.

Lawyers can be very serious, dull creatures, taking themselves far too seriously. I wanted to challenge that image with the self-deprecating title, ‘Shit Lawyer’, which is a reflection of the love/hate relationship we have with some of our clients.

In the show I have two clients – characters, who are in fact an amalgamation of various people I’ve represented over the years. Through their outrageous escapades – all true – the audience will see for themselves what’s wrong with the criminal justice system. There’s warmth and compassion in the story telling. Audiences quickly become invested in the characters and are really rooting for them by the end.

There are sections where I do just have to reveal the disturbing facts of the system, such as the mental health crisis and the explosion of psychoactive drugs in prisons meaning those who had never used drugs before become addicted whilst in prison. But this isn’t a TED talk. The beauty of comedy is that you can take the disturbing reality into the realms of the absurd to illustrate the crisis and people find it genuinely entertaining. 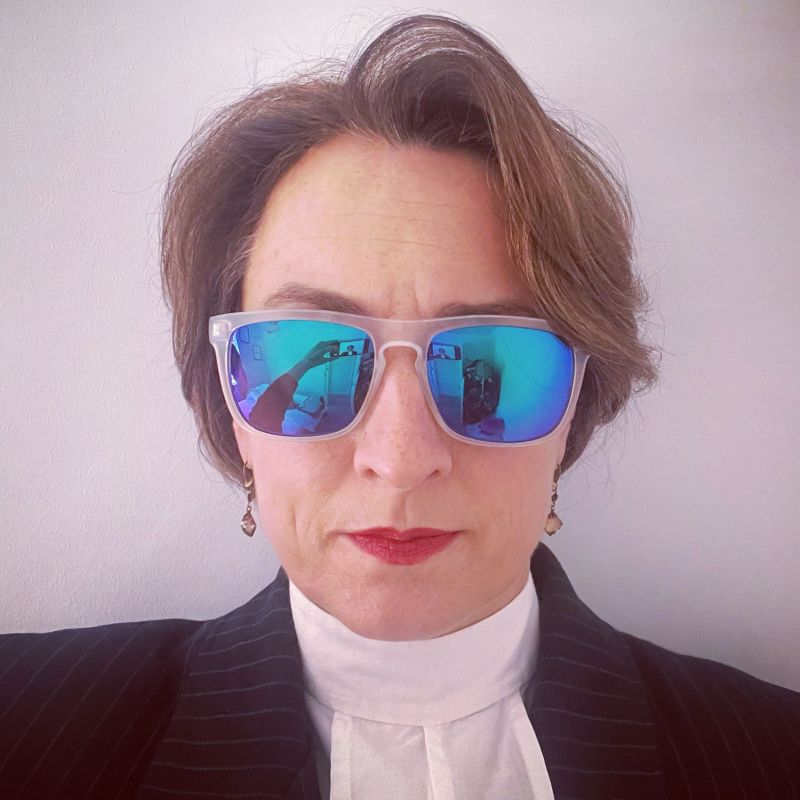