Why I Don’t Talk to People About Terrorism does what it says on the tin. I give eight reasons why I don’t like talking about terrorism. Unfortunately, the structure of the show is such that that means I spend around half the show talking about terrorism. I didn’t really think that through. However, those eight reasons give me hooks to talk about a wide variety of political and more personal topics, such as conspiracy theorists, religion, football and my family (see below).

This is your third solo show in Edinburgh. Harun With a View and Dark Side of Harun where both critically acclaimed and popular with audiences. For those that haven’t seen you, describe your style of comedy.

“Sharp and witty comedy” one reviewer said about me, which I think means no knob gags, and no crude innuendos, although I do have a couple of bad puns (i.e. great puns). My humour is generally centred around political absurdities. There are also a number of routines in this show that took me ages to write and get right that I’m particularly proud of, so I like being called “smart and witty”.

You have been compared favourably to Stewart Lee, are such comparisons accurate?

“Favourably” is not the same as “not totally ridiculous” which would be a fairer interpretation of what that particular reviewer meant. That comment came in response to one routine that is clearly influenced by Stewart Lee to the extent that I even joke about the comparison as part of the routine. It is fair to say that I’m probably more influenced by Stewart Lee than any other single comedian, and like him, consider myself to be one of the “woke snowflakes.”

On stage, you discuss what you describe as your “complex family background”. How easy is it to share personal matters? Have members of your family seen you perform? What do they think?

It’s easy to talk about my family and I mostly avoid them finding out by making sure I don’t do any gigs anywhere to near where they live, or waiting until they’re dead (e.g. my dad). That said, my younger brother knows that I talk about his conspiracy theorist tendencies and is ok with that. The fact that I also work for the “deep state” (ie in the public sector) is of far greater concern to him.

Tell me about your other show, A Political Breakfast

A show devised and hosted by my friend Chris O’Neill which has been doing the rounds at several Edinburgh and other Fringes for a few years. It essentially involves an everchanging panel of four performers (mostly but not always comedians) chaired by Chris or me discussing the morning’s news with the audience. A relaxed crossover between Have I Got News For You and Question Time.
I first did it as a panelist at the 2019 Edinburgh Fringe and then a couple of time at other festivals, and loved it. It was the only guest spot I did at any fringe that converted into audience members for my own show, so I told Chris I’d be turning up every day this year on the likelihood that one of the panel members wouldn’t show (comedians appear to have have an issue of principle with the concept of 9.30Aam). Instead, Chris asked me to co-host. I’ll still be turning up on the days when I’m not hosting though, just in case. 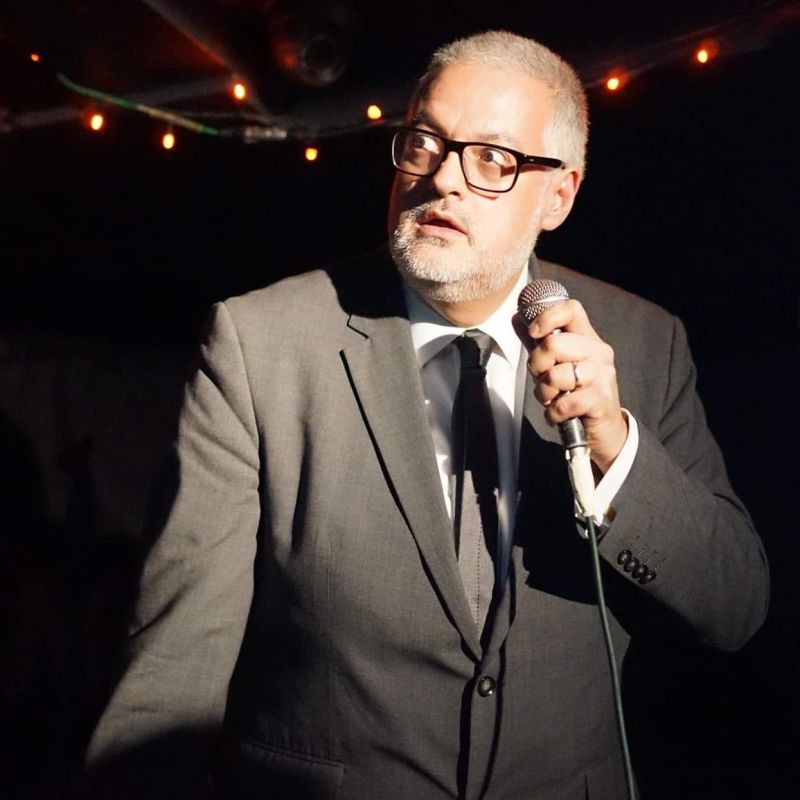