Prompter is an ‘info-larious’ new show at the Edinburgh Festival Fringe from Troy Conrad, who created TVs of Set List: Stand-Up Without a Net. What will the Fringe’s biggest and funniest performers say when their live auto-cue cuts out? Troy explains…

“This is a very 3D comedy show. So many comedy dimensions. It works like this: Comics are improvising a bad-idea, demented talk from an autocue that cuts out repeatedly throughout the talk. They find out what their satirical talk is about and what their name is when they get a lanyard backstage as they are being introduced. The scrolling words are on a screen behind the performer, so the audience sees what the performer is seeing. There are also stage directions for both performer and audience… that’s where the surprises come in. It’s a very interactive show.”

You also created Set List: Stand-Up Without a Net. Describe how the show works for those who haven’t seen it.

“Set List is stand-up improvised from bizarre topics, given to comics one at a time on the spot. The underlying premise is they must act like they’ve been doing the material for years, even though they are given no hints. It brings authenticity and comedy together in a very creative way, and it’s a great way for people to see their favourite comics. This will be its fourth consecutive run at the Fringe. Thanks to Paul Provenza and Barbara Romen, it’s been at every festival in the world, and the series is currently airing Monday nights on Sky Atlantic.”

“There was a film from the 80’s called Some Kind of Wonderful with Eric Stolz. There’s a scene where his character is leaving to go confess his love to a girl. His friend says to him, ‘Wait, don’t you want to rehearse what you’re going to say? This is a big moment.’ He turns and says: ‘No. I want to be true to my instincts.’ That is what it’s all about. The only advice I would give my seventeen year-old self is to remember that trusting one’s instincts is an underrated and too often second-guessed.”

When did you first discover comedy and how did you become involved?

“I wanted to do comedy since I was a kid. My parents made me laugh every day and still do. I started stand-up by meeting with a teacher who said she could teach me how to do it. She booked me on my first open mic. She also went up before me, and did one of my jokes right before I went up. Instead of getting upset, I took this as a sign that I could write.”

If you were making Prompter for television who would be your guests on episode one?

“Prompter series would certainly have the biggest, funniest people in comedy blended with some newer and lesser known comics who have shown they can play the game. I hope with this answer I’ve successfully avoided naming names for a first episode. 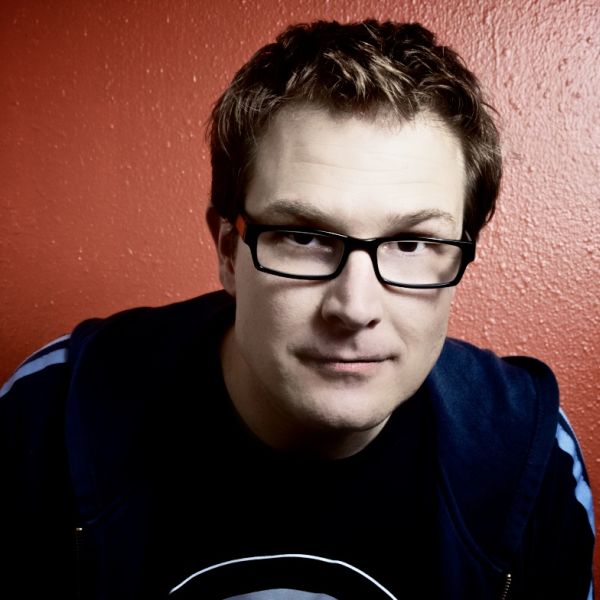