Angie Belcher is stand-up poet, actor and writer. Fresh from her touring show Not a Natural Girl – her highly confessional and frank take on modern singledom – she is appearing at this year’s Edinburgh Festival Fringe with a brand new show.

“I’m a stand up poet combining standard comedy club observational material with funny poems. Settle Down! is about the struggle between wanting to settle down whilst still loving to do all the things I did in my twenties. I suppose this show is my mid-life crisis.I normally do a ratio of 5 mins stand up to a 3 min poem.

“My material is adult and covers everything from the joys of choosing spaniels over toddlers, overly aggressive computer virus messages and an ode to cider. My favourite quote is that I’m “Like Pam Ayes but with attitude and an adult audience.” I’m a trained actor and slam winner so my performances are energetic. I’ve won stand-up competitions and supported some high profile acts such as John Hegley. I can easily straddle both the live literature scene and the comedy club circuit with ease, so I’m just as happy in a posh tent as in a dirty club.”

“It’s my first own show at the Fringe, so I needed to use the knowledge and experience of PBH to get me through it. They’ve been really helpful.”

“It’s highly confessional narrative stuff. I’ve been told I’m fruity and not for the faint-hearted… The weird thing about my act is the poetry scene find me quite out-there because of the comedy-club material, whereas a comedy audience can get a little scared of the threat of poetry. People often say they enjoyed it, though they weren’t too sure what to expect. I just see poetry as another vehicle for my thoughts about the world.”

“I have a poem called Dave, and there’s always a bloke named Dave in the audience. One night I introduced the poem and some said “I’m Dave,” then several others joined in, it was a Spartacus moment but with Dave’s instead. Musicians report that they love it when people shout out their lyrics and it was kind of nice to have people shouting the name of my poem. I might try to instigate this moment at all my gigs.

“Worst gig was performing in a festival tent next to a ridiculously loud Fleetwood Mac tribute band, The chords to “Go your own way” will forever bring bad memories. Compering the London 2012 Torch relay on Bristol harbour side sticks with me as there was an audience of ten thousand people, yet weirdly was the calmest I’ve ever felt on stage.” 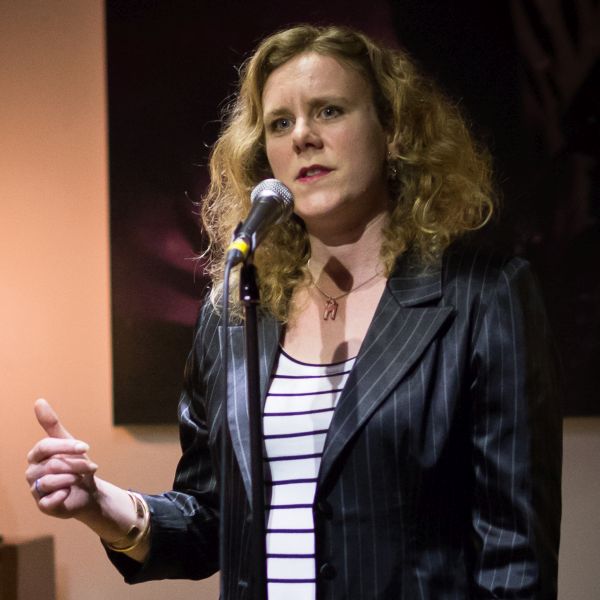