According to his website, Ben Van der Velde is a stand-up comedian, actor, improviser and presenter, who has spread joy and nonsense to all four corners of England, as well as the more choice bits of Wales and Scotland… Martin Walker asks about his Edinburgh Festival Fringe show Strudelhead.

“This is my second solo show after performing Chain Letter last year. My first show was one long story whereas this year’s show – Strudelhead – is more traditional stand-up about what it means to be British when most of your genetic and cultural background is immigrant and you don’t feel that comfortable in the prevailing mood of the nation. There are also a raft of childish jokes about martial arts, Hamlet and crucifixes.”

“I’ve performed with Laughing Horse a few times at the Fringe and always found them to be reliable, have great venues – if you get in early, not mental and always really supportive of their artists. For a free festival the level of professionalism is really high, which can be a total godsend when you’re still trying to finish your show the night before it opens.”

“A small, daft man trying to understand the world whilst not tripping himself up on his mental shoelaces which have inevitably been tied together. I do a lot of audience interaction – nothing abrasive, just being playful with my crowds and seeing what their take on what I’m talking about it – and generally like to make jokes that are fun and cartoony.”

“Be less scared, think less and do more. A thousand noble failures are worth one cautious success when you’re young and that’s how you learn to get good. Also, if you must cross-dress at least try and co-ordinate what your wearing and avoid sarongs at all costs.”

“This is an answer that could change every hour, but right now I’m going to go with Spike Milligan – not raised from the dead, 60s Spike, Celia Pacquola, Adam Hills, Eddie Izzard, Andy Zaltzman, Felicity Ward and Andrew O’Neill. But ask me tomorrow and you’ll get a totally different list – apart from Spike.” 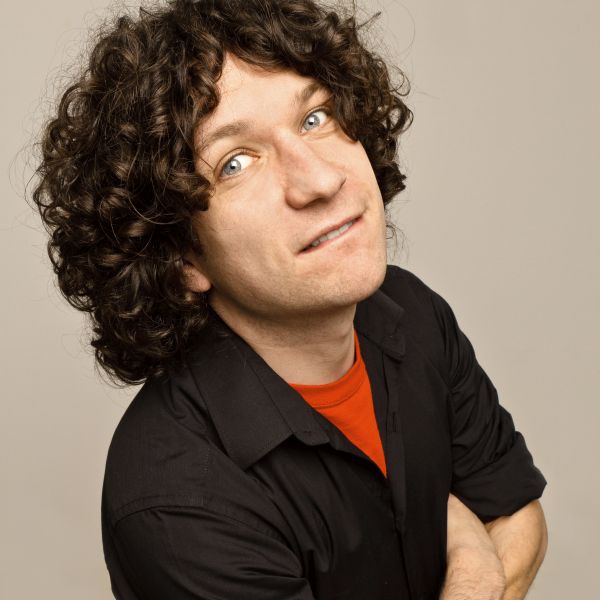