This Edinburgh Festival Fringe you can visit zazU – the parallel universe sketch show. A whole world with a tiny village mentality, you can only get to it by following a bee through a portal in one particular map kept in a secret Swiss vault… or by coming to see the show. Martin Walker caught up with their special guest star, glöcK.

“Well firstly Martin it’s not my show, I’m simply doing these guys a favour by showing up as a guest star and performing my music. The show, as I understand it, is an hour long visa trip around the world of zazU – my world – entering through the portal located in the Underbelly. As you of course know, zazU was founded in 1857 by Tim zazU when he followed a bee through a portal in a map and this ‘comedy troupe’ have found a way of taking people from your world through this map. You meet a variety of different zazUvian characters going about their daily lives. I’ve heard that some of them are pretty extreme personalities and that the rules of my world seem peculiar to you people and sometimes ‘sidesplittingly funny’. I have no comment on that.”

Why did you choose to perform as part of a sketch group? How long have you been involved with zazU

“Again Martin, I’m simply a humble VIP to these clowns but when they decided it was necessary – it wasn’t – to fill me in on their personal history together, I gathered that they met on a show called NewsRevue 18 months ago and it all evolved from there. Riveting stuff. That was sarcasm Martin.”

Have you been to Edinburgh before?

“I don’t think you’re understanding me Martin, I’m a zazUvian Humstar Superstar. I barely leave my crib. The comedy troupe have all been quite a few times between them and I believe that my backing dancers, the Michelles – not to be confused with my shell collection My Shells, once visited that city on their space year.”

“Never stop humming. Don’t forget your roots. And don’t even think about stopping humming you hopped up little acorn. Hey! teenage glöcK LOOK at me when I’m talking to you boy!?!

“It’s interesting Martin I actually have my own zazUvian talk show in development right now called Glock Cuts to the Core. From my world I would have a little chat to the new DCI in town, sounds like a quality guy, and Mrs Spittlecheeks because she’s a woman of the world you know? From your world I would have Graham Norton so I could turn the tables on the inquisitive little man. Whoopi Goldberg as her name sounds like a punch line. And David Cameron as I need to ask my Hard Hitting Questions and Cut to the Core of him…” 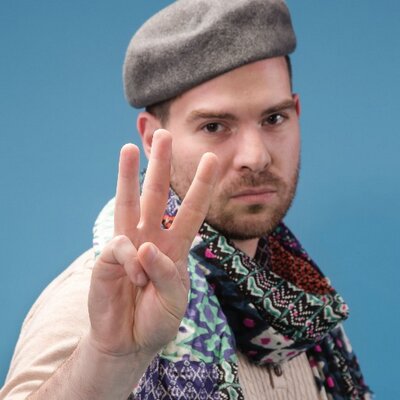