I always say expect the unexpected. Part of the show is scripted where I obviously talk about life during a pandemic and other current events, but a large part of the show is audience interaction. Since there’s a different audience each night, a large part of the show is different each night. I’m an insult comic, so it’s definitely not a show for the easily offended. But I’m the biggest joke of all. I’m a man in a dress and a wig talking about how ridiculous the world is. I’m just there to get people to lighten up and laugh for an hour or so to forget about all the awful stuff going on in the world.

This is your Edinburgh Fringe solo debut. What have you heard about the city? What are your expectations of the largest arts festival in the world?

This is the first time someone has called me a virgin in many, many years. It will be my first time at the Fringe, but I’ve been to Scotland several times. I know the Scots like to drink, so I jumped at the opportunity to spend a couple weeks in Edinburgh. I’ll get to drink all day and night while working, and I’ll be celebrated for it instead of judged. I’ve heard the shows and audiences can be pretty wild and out there, so I think my raunchy show will fit in perfectly.

You won RuPaul’s Drag Race season six. You’ve since been described as ‘the most powerful drag queen in America’. Is drag powerful? What is its power?

Yes, I’m very powerful. That’s why I’m getting to do this in depth interview covering very important topics that will fascinate the masses. Seriously though, drag is obviously a powerful thing. Television is also a very powerful. Combining the two has created the monster that is RuPaul’s Drag Race. I’d say power is being able to commend attention these days when everyone has the attention span of a gnat. Drag Race is certainly powerful because it’s commanding attention from viewers EVERYWHERE. I’m extremely grateful for it though because it led to me traveling all over the world for the past 8 years. This is my fifth global tour. I’ve performed my “Unsanitized” show over 100 times, and the tour will be continuing through the end of October.

You were the first drag queen to headline Carnegie Hall and Wembley Arena, selling out both venues. You’ve starred in movies and stage musicals. You’re a published author and renowned podcaster. Once the Edinburgh Fringe is done, what’s next for Bianca Del Rio?

Probably a small stint in rehab.

Why are you doing this interview?

Now a question I want to ask you. Why are you making me come up with a question? Isn’t that your job?! I better get a cut of your pay for this… 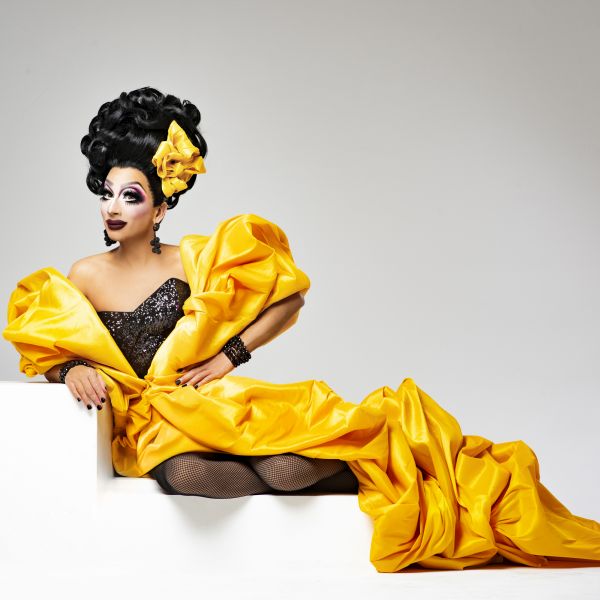