A prolific writer and former winner of the ‘Writers Guild Award for Comedy’, Colin Hoult has penned the successful live shows , Carnival of Monsters,  Enemy of the World, Inferno and many others. He’s currently performing classic and new material at the Brighton Fringe. Martin Walker tracked him down.

“I’m performing for one more time all my Edinburgh Shows plus a brand new one. The first three are a sort of trilogy about monsters, villains and heroes. They’re charming little fellows that I feel a lot of love for so it’s great to do again. The room I’m doing them in is an amazingly creepy Victorian study type room beneath the church so it works great as they’re all very macabre theatrical character comedy shows. On 23rd I’m doing Characthorse which was my last Edinburgh show – sort of mad narrative journey about my childhood featuring Sir Patrick Stewart. And I’m wrapping things up on the 25th with a new uplifting stand up show about death, dancing and OCD.”

Is it a coincidence that many of your shows share names with classic Dr Who stories?

“No. My wife told me to call the first show Carnival of Monsters when she saw the old Pertwee classic on my shelf. And everything has sort of followed from that. So thanks Dr Who.”

Do you have a favourite character that you perform?

“I have a few I suppose. My favourites are the ones I really get lost in and can just chat endlessly to the crowd. I tend to love playing ones who are loads more confident than me but also in lots of tragic pain. Characters with their heart on their sleeve. Probably the best for this are Anna Mann -outrageous actress, Len Parker – Nottingham karate man and probably my fave to be at the minute is Jazzman Rooster a very damaged poet from Glasgow. “

Did you want to be a performer as a child growing up in Nottingham?

“Always. I was a constant pain in the arse. I played Mr Toad at 11 and to be honest all performances since have been a poor shadow of that perfect ‘poop poop’.”

Have you also done ‘straight’ acting?

“God yes, I played Nazis and Russian soldiers in the same play once.”

Do you consider yourself to be an ‘alternative comedian’?

“Not really. I guess people think I am though. I know I’m not instinctively a fan of the sort of blokey stand up stuff that’s so popular at the minute. I think I like the comedian to be a fucked up failed mad fool desperately trying to get our love but failing constantly rather than someone just reinforcing our dull sense of everything being alright. But really most of my influences are more mainstream.”

Is the BBC right to axe BBC3?

“Probably not, but if I’m honest BBC3 always felt like another hurdle to me getting further as by the time I’d gotten anywhere I was already in my late 20s so too old for the channel. I don’t really understand why comedy has to be associated with youth programming and vice versa. But it did launch some fantastic programs and now new stuff is forced onto the internet. Which is probably where things would have ended up anyway – but the chances of making a living out of it are pretty slim. I guess it’s how society is going anyway but the upshot of all this is the arts will only be made up of people rich enough to do it. I’m getting much more opinionated than I meant to… I was just watching Patrick Troughton in ‘Enemy of the World’.”

If you were curating a TV show featuring comedians, who would appear? 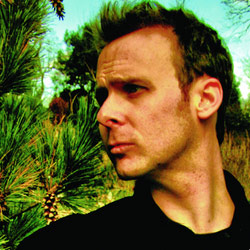