Multitalented Rosie Wilby is a chart singer/song writer, turned stand-up comedian, turned DJ. Finding some small amount of fame as part of her group ‘Wilby’ was never enough for her, so she started trying to make people laugh. It worked.

“I absolutely love all types of performing and, to be honest, wish it wasn’t so segregated with specific categories in venue brochures. When I started doing stand up, I was interested in people like Simon Munnery who break a lot of rules and don’t pay attention to those sorts of boundaries. But stand up seems to be becoming fairly homogeneous at the moment, sadly”.

She has presented a weekly LGBT magazine show on Resonance FM for the last few years and has been able to attract some big name guests, including kd Lang and Armistead Maupin.

“I’ve been nominated for ‘Broadcaster of the Year’ alongside Clare Balding! We’ve had a great review in The Guardian and had features broadcast internationally. We won a Golden Kitty award at the end of last year for best LGBT podcast then I got shortlisted for the Out G3 awards. I think I’m the only community voice on the list”.

“I found some old copies of the feminist newspaper I’d been involved with at York University 20 years ago, called Matrix. I decided it’d make a really interesting show and story to go and trace some of the women and find out what they’re doing now. I’ve filmed interviews with them and these clips form a part of the show which I then link with silly anecdotes about the daft things we do as idealistic students. Zoe Lyons crops up as she was at York Uni at the same time as me and also became fleetingly involved with Matrix as we both had a crush on the woman who ran it. Plans are afoot to make it into a film and radio documentary”.

To some, Rosie is best known as her nutty professor/sex therapist persona, Dr. Love.

“Dr Love came to life during my 2009/10 show “The Science Of Sex”. It toured and was very popular and I get asked to revive it every Valentine’s Day and at various festivals (including one in New York City last Summer). I’ve also been asked to do spoof couple counselling and speed dating in character. So she seems so much in demand that I am considering a full revival”.

Finally, I ask Rosie about her plans for the Edinburgh Fringe this year.

“I’m doing a Free Fringe show at midday at the Speakeasy at the Voodoo Rooms, a space I’ve loved every time I’ve guested at Magic Faraway Cabaret (who are taking a year off, sadly). Inspired by a peculiar call I got in January asking me to do some comedy scriptwriting for a leading lingerie brand, it’s going to be a spoof-y history of underwear. I’ve started collecting underwear disaster stories from friends and am even considering bringing out my own limited range (inspired by my celebrity lookalike Kylie) to mark National Underwear Day which actually happens in August in America. I’m going to bring it over here”. 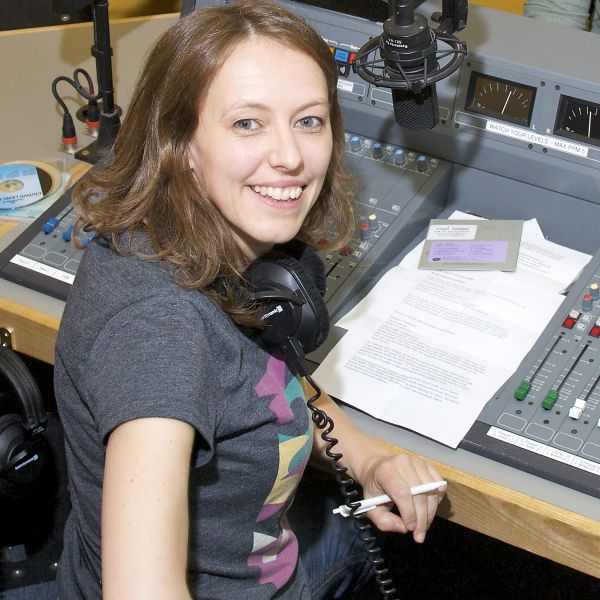