Tell me about the 2022 production of Boris the Third.

When Boris Johnson was at Eton he was in a school production of Richard III playing Richard III. Apparently he didn’t learn his lines and the result was a total chaos. Boris III is an imagining of what that might have been like.

How did you get involved with the production Harry?

I’ve worked with Adam Meggido who wrote the play and is directing it on several different mischief shows. Adam directed, amongst other things, Peter Pan goes wrong and was also the consultant on our improvisation show ‘mischief movie night’ he also taught me when I was at LAMDA. One day he called me and asked if I wanted to do a zoom workshop an idea he had. Then he asked me again. Now we are going to Edinburgh.

How did you find the character? He’s quite a complex individual.

I’ve never met Boris no. I’ve watched hours of Boris interviews and other material. There certainly isn’t a lack of material out there. He’s everywhere. Whilst I’m not specifically just trying to do my best Boris Johnson impression there are things I know people will expect from somebody playing Boris and I don’t think I have found all those things yet. There are certain hooks like the very specific way he says the word ‘city’. Love him or hate him I think it’s fair to say he’s a fascinating character who can be charming and charismatic and who can be flawed and make mistakes. In any case I’m ludicrously excited about it.

That was a really cool experience. Filming James Bond on the 007 stage was incredible. It’s just huge. Although I have to say I’ve worked more on smaller British films with people like Joanna Hogg with a completely different aesthetic. We made a film called ‘unrelated’ when I was about 15 and there was only one camera. It was my first experience of filming anything and I just loved it. It had a huge effect on me and I feel very lucky to have been a part of it.

Which other famous person would you like to play?

I love people with distinctive voices. I’d love to have a crack at playing Tim Curry if they ever made a film about him. The way he forms words is very specific in the same way it is with Boris. Not that they sound alike. Otherwise a politician is always wonderful. I briefly played Michael Heseltine in a James Graham play called ‘This House’ a few years ago, he’s got a great voice too. 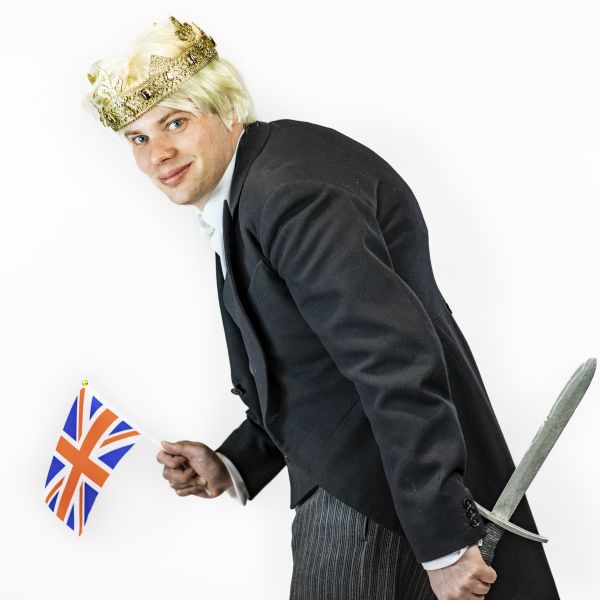