Absolute Monopoly is my attempt to remake the classic board game in my own image. Frustrated with how Monopoly is both A) truly awful and B) unarguably the most successful and popular board game of all time, I wanted to combine role playing, physical challenges and psychological intimidation to create something that, if not the best board game in the world, is at least short.
We literally do this over the hour. Also, it’s a comedy show.

Edinburgh is my favourite city in the entire world and for me the Fringe is a working holiday where I see upwards of 60 shows. Performing at the Fringe can be a liberating experience compared to performing elsewhere where there are an infinite number of ways to fail. You can fail in Edinburgh but most people are far too worried about their own infinite failure to notice.

As much as this show owes a debt to historic family arguments about Monopoly, it was also inspired by such a wide range of things as tabletop RPGs, John Robertson’s The Dark Room and the one off Gaki no Tsukai special “24 Hour Pie Hell”. So if you like those things and want to witness their triumph or hate them and want to see them butchered, then come see Benjamin Alborough: Absolute Monopoly.

I’m always very wary of coming to Edinburgh with a full list of shows ready to see; part of the reason for going at all this year is to see how the landscape’s changed, who’s new and interesting, what the word of mouth is.
That said, there were a few shows I definitely wanted to see; and having looked them up on the mobile optimised Fringe website I see that they’ve all since been cancelled.
There are too many excellent comics doing brilliant things to even mention without doing all of them a disservice; try things you wouldn’t normally try, go out of your comfort zone, support weird stuff.

Is it possible to save time in the morning by preparing porridge with the hot water from the shower?
Yes. 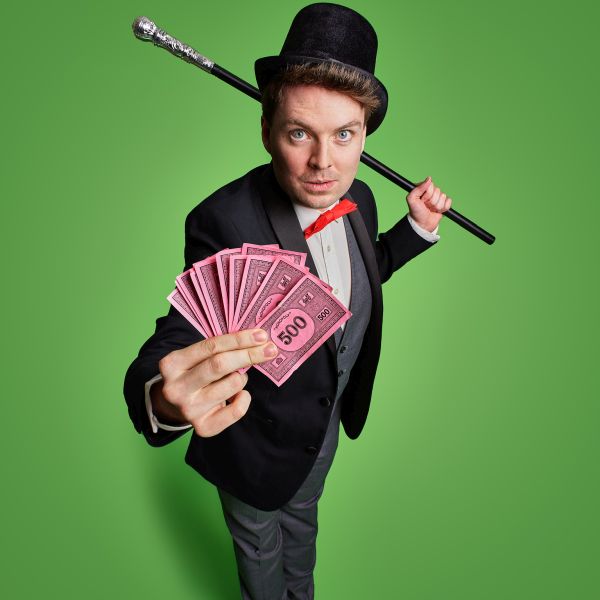