An old radio boss of mine once told me to be “less camp” on air, Straight Jokes is my fabulous reply. I’ve also been getting so fed up with straight white men making jokes about LGBTQ+ people. They’re not Ricky Gervais’ jokes to make, they’re mine poof! Gay comics are often told that we only joke about gay stuff, yet straight men can get away with saying whatever they want. This is my revolt, I’m reclaiming comedy for queer people by coming out as a ‘straight’ comedian. I’m gonna corner the heterosexual market. I’m sure you’ve noticed, it’s a much bigger corner ;)! Oh and it’s also just non-stop jokes. I’m really proud of it !

I loved your critically acclaimed debut show Thirst Trap, back in 2019. Does Straight Jokes build on that or does it creatively go in a slightly different direction?

That’s so kind, thank you! I loved Thirst Trap, it was SO fun dating all of those hot men live on stage. This show is slightly less… desperate. It’s more ‘straight’ stand up, in that it has a pretty fast hit rate of gags and there’s less pressure on the audience to go home with me afterwards. Haha. I wouldn’t call it a different direction but in many ways this show feels more like my debut as a stand up than Thirst Trap.

Tell me about the A Gay and A NonGay podcast.

My gorl-friend Talia moved to New York and left me with her boyfriend and we recorded it. He’s VERY straight, and I’m VERY gay.  We basically have nothing in common but as he’s learned about the LGBTQ+ experience (one douche at a time) he’s become one of my best mates. I think our podcast proves that what divides us actually makes us stronger (and laugh a lot).

Tell me about your TV documentary Sashay To Hell.

After attending loads of gay prides with me, my A Gay and A NonGay co-host Dan decided it was time I was an ally to his community and dragged me to the UKs biggest EXTREME HEAVY METAL FESTIVAL aka, straight pride. I actually had such a fun time and I learnt that it’s not just queer people who feel like outsiders – it’s all of us. Metal is a scene that allows people of all different backgrounds come together and find community, whether they’re gay, straight or something in between. It was actually kind of beautiful. You can watch Sashay To Hell on BBC iPlayer and a huge thanks to BBC Radio 1 for making it!

Finally, ask and answer a question of your own

We’ve heard there’s a netflix special happening next year, what can you tell us about it?

Wow, that’s the first I’ve heard of it (haha) but it very much feels like the right time for Netflix to make a big gay comedy special. I’m ready with my Ricky Gervais, Dave Chappelle clapback! Let’s go! 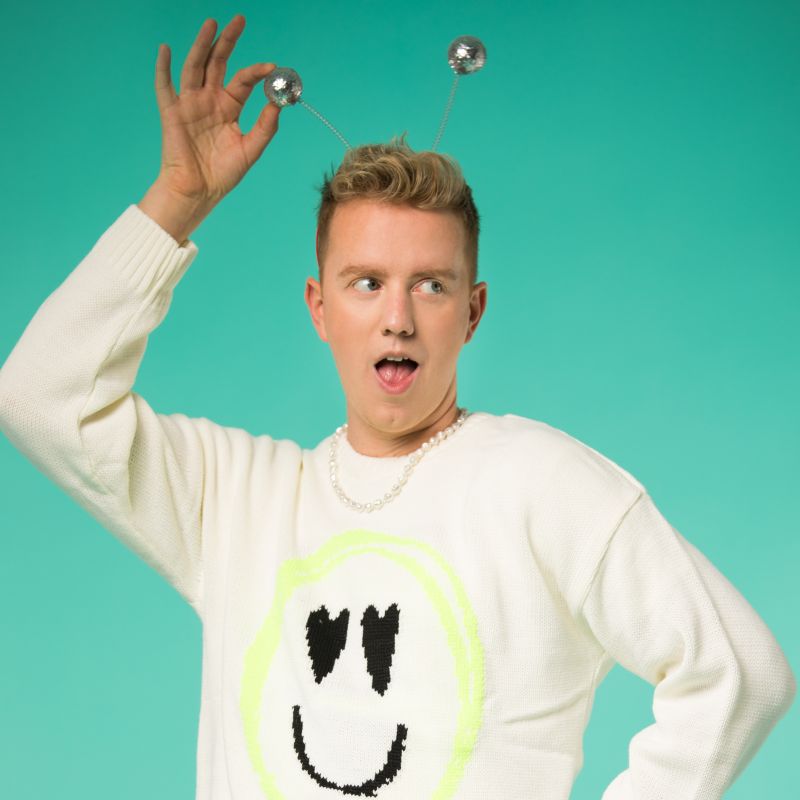